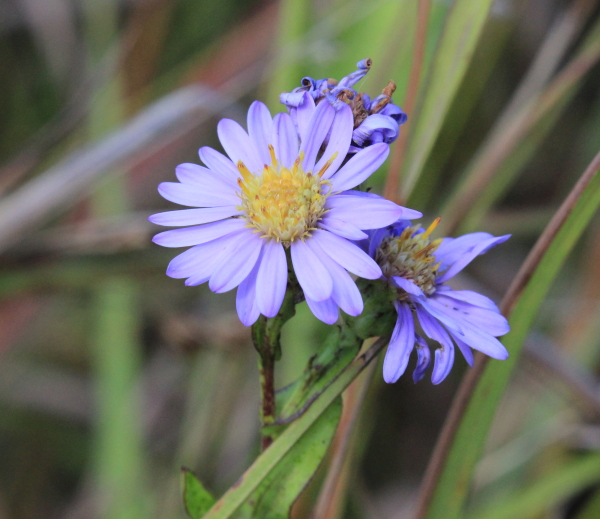 Pale violet flowers less than an inch across bloomed on plants that filled in fairly well in the second season of growth. Plants bloomed from mid-September to early October. This was one of the less attractive late season plants to natural enemies in the late season, but attracted three times more natural enemies than the grass control.

This plant grows in full to partial shade, and dry to fairly wet locations. It naturally occurs in dry open thickets and woods, especially at clearings and borders, in fields and roadsides, prairies, meadows and shores. This plant is rarely found in wet places such as fens.

This plant can be grown from seed (flowers in second or third year) or plug material (flowers in first or second year). We saw no evidence of deer or other vertebrate browsing on this species. Smooth aster was the latest blooming plant species of the 43 natives we tested.