Updated from an original article written by Hambulo Ngoma.

The government of Zambia to revise the mode of delivering its Farmer Input Support Program (FISP) to an electronic voucher payment system (e-FSIP). 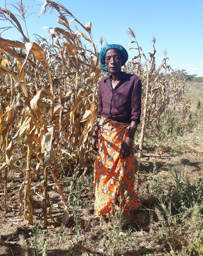 “E-voucher is a very welcome initiative that has helped boost our businesses,” tells Mr. Sharujinga Musumali Jackson, an agro-dealer from Chibombo district, in the Central Province of Zambia.

How so? Small-size farms remain the main source of livelihoods for about 70% of the population of Zambia. Productivity is generally low on these small farms, threatening household income and food security. Since 2002, these farmers have been eligible for the government-run Farmer Input Support Program (FISP) which provides access to improved inputs such as inorganic fertilizers and seeds. FISP’s goal is to increase productivity to raise farm incomes and, ultimately, reduce poverty and ensure food security. Despite accounting for roughly 40 percent of the annual national agricultural sector budget, FISP has resulted in marginal productivity gains, and has had limited impact on reducing rural poverty, which is currently at around 77%. The Government’s heavy involvement in the procurement and distribution of input subsidies under the traditional mode of delivering FISP provided fertile grounds for corruption, rent seeking and racketeering, and stifled competitive private sector participation in input marketing. The program provided same types of fertilizer across the different agro-ecological zones and led to inefficient use of fertilizer because it failed to recognize the variability in soil fertility and climatic conditions. Furthermore, the focus of this program was mainly on maize, which restrained agricultural diversification.

This situation has now changed in Zambia. Several institutions and stakeholders, including the Indaba Agricultural Policy Research Institute, a think-tank supported in part by the Feed the Future Innovation Lab for Food Security Policy, brought together evidence to persuade the government to revise the mode of delivering FISP. The Farmer Input Support Program Electronic Voucher (E-FISP) initiative was finally implemented by the Zambian Ministry of Agriculture in the 2015-16 farming season. This policy reform has helped improve the FISP program in several aspects. For example, the electronic voucher payment system has improved program targeting and efficiency, and diversified the types of products available to farmers through this subsidy program. The flexibility to purchase agricultural inputs beyond maize seed and fertilizer has helped farmers better meet their needs. It has made the input sector attractive to private investors, and helped agricultural diversification.

Mr. Lubona Dickson is a farmer from the Chibombo district in the Central Province of Zambia, who explains the benefits of the E-FISP: “I really like the e-voucher compared to the ordinary FISP which restricted us [farmers] to fertilizer and maize seed only. I’m now able to get inputs of my choice like herbicides, insecticides for my garden, and other farming tools like sprayers.” He also points out the benefits of the e-voucher program: “… because it gets more money from the government. Before we’d get four 50kg bags of fertilizer. Now, adding the 400 kwachas [the upfront farmer contributions] to the 1,700 kwachas from the government, makes 2,100 kwachas [USD 220], which is a lot of money to buy a diverse range of inputs.” Dickson also comments on having better control of the distribution process: “The e-voucher card is personalized, and that has helped us not to have our inputs diverted by other agents. I’m also able to redeem inputs at my own time as an individual, unlike with the ordinary FISP where farmers had to collect inputs as a group and if a member was missing at the time, they risked having their inputs taken by other greedy group members.”

This E-FISP reform not only helps farmers, it also benefits agro-dealers. Mr. Sharujinga Musumali Jackson started his business in 2006, and has been participating in the e-voucher program since the 2015/2016 farming season, as soon as the e-voucher was available in his district. “With the introduction of the e-voucher, my sales have increased by about 90%, with e-voucher accounting for 75% of the total sales. With this success, I’ve even managed to open three other outlets and sometimes, due to increased competition, we even go with a truckload […of agro-supplies] and swipe vouchers at […the agricultural] camp level [...closer to farmer homesteads]. The items that we normally sell through the e-voucher include fertilizer, accounting for about 65% of the sales, ploughs for 2%, maize seed for 15%, herbicides/insecticides for about 12%, while veterinary drugs make about 2%, and other products for 4%. I could have sold more inputs, but suppliers wanted upfront payment from me which made things a bit difficult due to my limited operational capital.”

In view of its initial success, the E-FISP program has been earmarked to roll-out to the entire country for the 2017/2018 farming season, a move that has been most welcomed by various stakeholders in the country.

How Big Is my Parcel?

Empowering an Agricultural Policy Research System: The Case of the Network of Local Centers ....

Red Cherries and Farmers Who Do it Right