The Great Lakes Environmental Research Laboratory  reports that as of 2007, there were more than 180 aquatic invasive species with reproducing pop 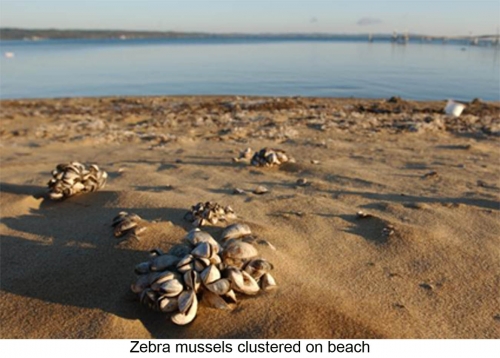 Of these invaders, zebra mussels best illustrate the multiple impacts of a single species on an ecosystem. Since their arrival in Lake St. Clair in the late 1980s, zebra mussels rapidly spread to all the Great Lakes and now inhabit more than 225 of Michigan’s inland lakes. Zebra mussels create a costly problem for waterfront municipalities and businesses by attaching to hard surfaces and clogging water intake pipes. Ecologically, the small mollusk has been linked to complex food web disruptions in the Great Lakes and blooms of microsystis, a blue-green algae with toxic properties. Scientists suspect zebra mussels may even be linked to a re-emerging dead zone in Lake Erie.

A recent invader is the crustacean known as bloody red shrimp (Hemimysis anomala), first found in late 2006 in the channel between Lake Michigan and Muskegon Lake. The presence of viral hemorrhagic septicemia (VHS), a fish disease, has already caused several large-scale fish kills in the Great Lakes.2 Still other species, such as Asian carp, would potentially have a devastating impact on Michigan’s sport fishery if they make their way into the Great Lakes. 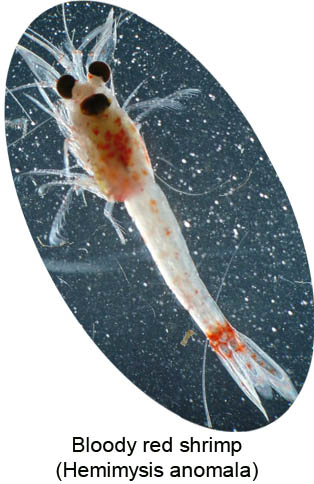 More recently, Michigan enacted a ballast water law (2007) that requires ocean-going vessels engaging in port operations in Michigan to either keep their ballast on board or use a state-approved method to treat any aquatic life before water is released. Each vessel must also carry an annual ballast permit from the Michigan Department of Environmental Quality.