Recent findings of brown recluse spiders in Michigan are likely from small, isolated populations living in the state.

Ruth Simon, a Master Gardener Volunteer who works in the Genesee County Extension office, sent me three, very nice brown recluse spiders a week or so ago. They were delivered in a glass olive jar and very much alive, which always adds to the excitement of an unusual find. The spiders were collected from a single family dwelling on Fenton Road on the southern outskirts of Flint. The family who lives in the home reports that they have found these guys all over the house and in all different sizes. Wait a minute, brown recluse spiders are not supposed to live in Flint, Michigan!

I have been telling people for years that other than those that hitchhiked from more southern states, the brown recluse does not live anywhere in Michigan. Southern Ohio is about as far north as they are known to occur. I have probably looked at over 2,000 spiders that were thought by the people who sent them to be brown recluse spiders. Prior to 2009, only two turned out to be recluses, and in both of these cases someone in the family had recently traveled to a southeastern state where the spider is common. Since the spider is not native to Michigan, the most reasonable explanation was that theses spiders were brought back to Michigan.

My opinion began to change in 2009 when two different people sent me spiders that were unmistakably brown recluse spiders. One spider was collected from a commercial building in Lansing and the other came from a single family home located a few miles outside of Allen, a small town in Hillsdale County. I spoke to the 15-year-old girl who caught the Hillsdale County spiders, who seemed quite knowledgeable about spiders in general. She was very nonchalant about her rare find and said she doesn't pick up any spider in her hands without knowing what it is. She caught the recluse in a jar and suspected right away that it was a recluse. There was no history of travel to or visits from southern states in either the 2009 finds or the recent Flint find. The folks who found the spiders in all three locations reported they had seen several other spiders just like the ones they sent to me. 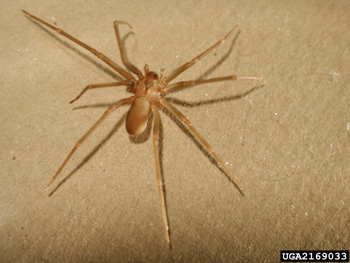 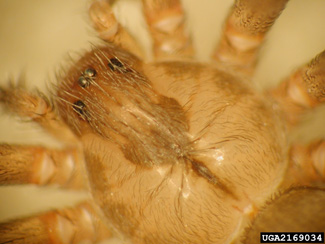 Best way to store and care for firewood

Poinsettias add color to your holiday decor and are nationally recognized on Dec. 12