Invasive mussels and less nutrients from tributaries have altered the Lake Michigan ecosystem making it more conducive to the stocking of lake trout and steelhead than Chinook salmon, according to a recent U.S. Geological Survey and Michigan State University study. 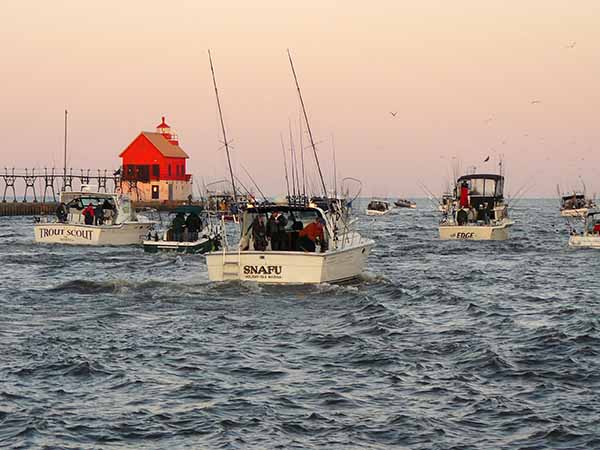 Reduced stocking of Chinook salmon, however, would still support a substantial population of this highly desirable recreational salmon species, which is a large contributor to the Great Lakes multi-billion-dollar recreational fishery.

“Findings from our study can help managers determine the most viable ways to enhance valuable recreational fisheries in Lake Michigan, especially when the open waters of the lake are declining in productivity,” said Yu-Chun Kao, an MSU post-doctoral scientist and the lead author of the report. Kao is advised by Professor Bill Taylor of MSU's Center for Systems Integration and Sustainability.

Managers have reduced Lake Michigan stocking levels of Chinook salmon at least three times over the past decades in response to declining prey fish and the natural reproduction of Chinook salmon. For the new study, scientists investigated the lake’s current and future abilities to support different fish stocking efforts. They found that recent decreases in critical lake nutrients, partly due to increases in invasive species such as quagga mussels, reduce the amount of Chinook salmon that the lake can support.

“Our model showed that stocking Chinook salmon can still help maintain their populations in Lake Michigan,” said Mark Rogers, a USGS Tennessee Cooperative Fishery Research Unit scientist and co-author on the study. “When stocking was completely eliminated in the model, the long-term amount of salmon was predicted to decrease considerably. The key is to determine how much stocking is most effective. It’s a balancing act.” 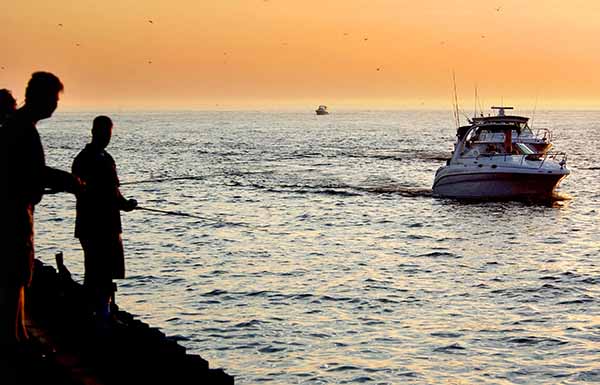 The study also found that lake trout and steelhead may fare better because these two species can switch from eating alewife, which are in decline, to bottom-dwelling round goby, another newly established invasive prey fish that feeds on quagga mussels.

The scientists modeled Lake Michigan’s food web dynamics under 288 scenarios that accounted for various levels of stocking and nutrients, as well as the effects of invasive mussels. These scenarios were developed based on responses to a survey from fishery managers, water-quality managers and researchers.

“Interestingly, reducing stocking by 50 percent in the model resulted in long-term Chinook population numbers that were similar to the numbers when stocking was not reduced,” said David “Bo” Bunnell, a USGS co-author on the study.

Lake Michigan’s open-water food web has changed significantly since the 1970s, becoming less productive as a result of decreased nutrients such as phosphorus, a process called oligotrophication. Nutrients help sustain phytoplankton and zooplankton, the tiny aquatic plants and animals at the base of the food web that support other aquatic life, including prey fishes. In Lake Michigan, oligotrophication occurred partly as a result of invasive mussels, which filter phytoplankton from the water column.

Declines in prey fishes such as alewife were likely due, in part, to decreases in plankton. Because the Chinook salmon diet consists of over 90 percent alewife, the new study predicts a smaller Chinook salmon population if nutrients remain low and invasive mussels remain abundant.