Bark beetles are very small insects native to our region that can, when populations explode, overwhelm and kill trees. Stressed trees are most vulnerable to this insect activity. U.S. Forest Service analysis indicate current outbreaks and resulting tree mortality related to bark beetle action are the largest in recorded history and have been linked, in part, to climate change influenced impacts. 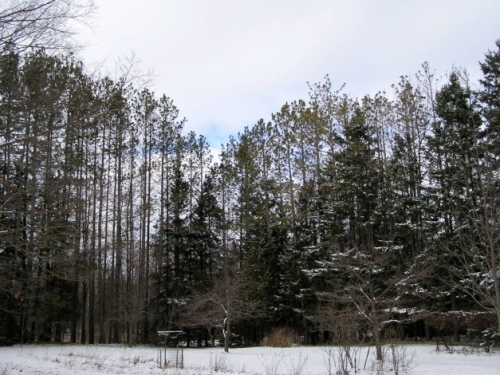 Homeowners and communities in the vicinity of these forested pine areas need to be aware of the increasing risk and implement practices designed to reduce the chance of loss of homes and structures. Through the programs and educational materials from the Firewise program offered by MSU Extension, homeowners and communities can find helpful information on how to protect their ownerships from increasing wildfire risks.

Recommendations are for individual homes and structures that are located in wildland interface areas to have a minimum of 30-feet “defensible space” adjacent to each building. It is strongly advised that combustible material be eliminated as much as is possible in this zone. In areas with increasing numbers of dead and dying tree property, owners may want to consider increasing this defensible perimeter to better safeguard their structures from wildfire loss.

Knowing about fire behavior can protect your home from wildfire

Quiet wildfire period in Michigan should be cause for concern

Climate change may be putting your home at risk