European crane fly adults have been observed during the last three to four weeks. Here are some tips to prevent turf damage.

Two species of crane flies from Europe are continuing to expand their range around the northern Detroit suburbs, the greater Grand Rapids area and in a few other locations in southern Michigan. Heavily infested lawns become extremely thin in the spring and dead patches may appear. Most of the turf-thinning ends by early May. Adults of one species referred to as the ‘common crane fly’ (Tipula oleracea) emerge in the spring and in the fall.

If you have seen large numbers of the adults this spring, which look like a giant (1-inch long) mosquito, around your lawn and home then it is probably the common crane fly. However, if you have only seen a few crane flies it could be one of our native species which are not harmful.

Most of the root-feeding damage caused by the larvae (leather jackets) happens in October, early November and late April to early May the following spring. There is no need to use an insecticide unless your lawn was damaged by crane flies last fall or this spring. In order to prevent damage next fall and in spring of 2018, homeowners, lawn care professionals or golf course superintendents will need use one of the following products when indicated timing below. 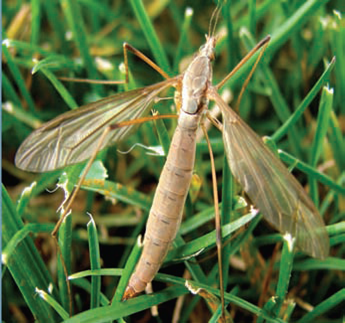 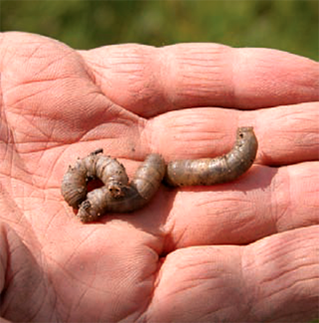