Fall is the ideal time to control broadleaf weeds in turfgrass

Now is the best time for controlling broadleaf weeds such as ground ivy, dandelion and white clover. 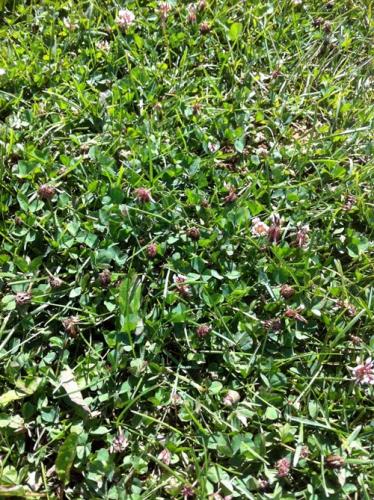 The challenge with the summer herbicide applications is that they are very effective at burning down top-growth, but in some cases they are not effective at killing the entire plant. In contrast, fall is the ideal time to control weeds because, unlike the summer when weeds are focusing on top-growth, in the fall weeds are storing energy in their root system and are more susceptible to herbicide applications. So if your turf has been overtaken by a bevy of broadleaf weeds, applying a herbicide in late September or early October will make a difference in what you battle next year.

Apply the herbicides on a sunny day when rain is not in the forecast for 24 hours. Michigan State University Extension advises that the herbicides need to dry on the leaf surfaces and not be immediately washed off. There are many different herbicides that could be used including the most common three-way broadleaf weed control mixtures. As with any pesticide application, always make sure to wear the appropriate safety attire and follow all label recommendations.

As many have lamented over the years, the only shortcoming of fall broadleaf weed control is that you really don’t get to watch them die. You generally won’t see the twisting, shriveling and discoloration that often accompany herbicide applications, but next spring the weeds will be gone or at least their numbers will be significantly reduced. 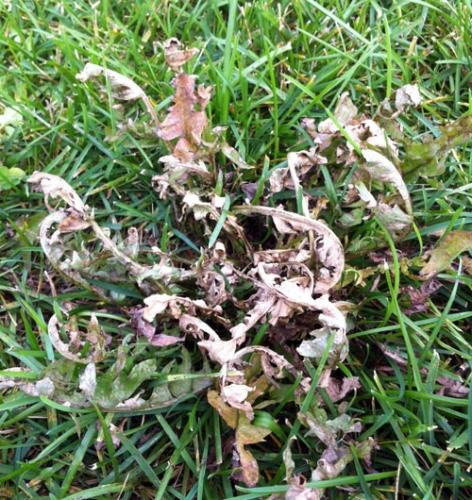