Form based code is an important and innovative zoning style for urban areas including downtowns. But it may not hold advantages for application in rural zoning districts.

Suttons Bay Township will not adopt a form based code/zoning ordinance for its rural areas. This was the outcome of an applied research project conducted by a Michigan State University Extension team, using funding from Michigan Sea Grant.

The purpose of the research project was to determine the applicability of using form based code, or form based zoning, in a rural setting in Michigan. The research involved working with a Michigan township which had rural residential and working lands zoning districts and which had staff and planning commission officials familiar with form based code. The project involved using a small Charrette to define community vision, define form elements to be used, as material to supplement the existing community Master Plan. MSU Extension previously reviewed the Suttons Bay Township Charrette on their website.

The project also involved conducting a study of the typology of rural neighborhoods to further define community and community form; and then preparing drafts of a form based zoning for each zoning district and drafts of the administrative sections of zoning. One of the interesting findings from this effort was the Suttons Bay Township undeveloped subdivisions, previously reviewed on this MSU Extension website.

The finding for this project is that advantages of form based code in Michigan for rural (T1, T2 transects) were nil, or nonexistent. So, the question becomes, why spend more money than a conventional zoning would cost for no apparent gain? 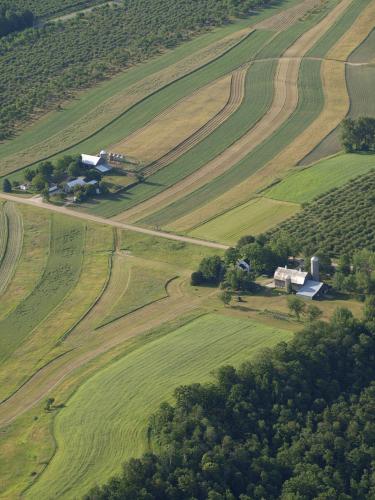 There were many issues of contention during this process. While these issues complicate the analysis of the practicality of using form based code in rural areas, they did not prevent the ability to make a finding. The issues were not new, and could be characterized as typical points of debate for any project involving updating or rewriting zoning. They are:

In the rural landscape, “rural form” (in the context of buildings) is lacking, so there were limited useful results from surveying the area to define form and community character. Rural form (in the context of landscape, etc.) was deemed aesthetics, which cannot be a primary basis for regulation of land in Michigan. Form based code/zoning in rural areas tends to make aesthetics a primary consideration. Conventional zoning does not.

The issue for buildings in a rural setting was how does one define a “form” when (to pick one example) form for rural housing is all over the map: classic farm house, modern ranch, suburban mansion, cottage, module, mobile home, straw bale, pole, log cabin, adobe, underground, etc. (all found in Suttons Bay Township’s rural area)? And one is limited by Michigan case law that does not let one prohibit a construction type (mobile home) – result is no uniformity in form to latch onto. (In a more urban neighborhood, one can more easily define a uniform community character to build form regulations around.) The same is true for barns (traditional wood, steel pole barn, etc.). So by the time one “dumbs down” the form elements in the code to stay legal, you end up having a zoning ordinance that is not really a form based code/zoning, and a lot of time and money was spent to develop an ordinance that accomplishes the same things as can be done with a conventional zoning ordinance.

So the end result is a conventional zoning ordinance that has many form based elements in it, much more streamlined processes, and may at least have form based zoning in the more dense residential and commercial zoning districts – may be a better solution in rural Michigan.

When to call an attorney for planning and zoning issues

Not all public participation events are charrettes

Deliver programs that are social and attractive: Part 1