Thomas Connor is a first-year PhD student studying with Jack Liu. He's spending his summer doing field work in and around Wolong, China.

I have now been in China for almost two months, and realized I have not written any updates for quite some time. Perhaps this is because they would be too depressing! I unfortunately injured my knee a few weeks ago crashing a moped which brought my fieldwork to a halt, and when I tried to salvage the situation by working some in a lab I learned that I needed a finalized agreement before I could continue studying there. It was for the best anyway as even small amounts of walking in a day caused pain and soreness.

Some days were spent mostly sitting or lying with my leg raised, and I luckily had work I could do on my computer to avoid feeling completely useless. I returned to Wolong Nature Reserve from Dujiangyan (the nearby city with the laboratory facilities), and have almost completely recovered (I think) from my injury. In the interim I have been thinking about my fecal genetics project, dreaming up new projects, trying to polish a review paper, helping to edit other researchers’ papers, trying learn Chinese, and getting to know staff and researchers at Wolong.

I have also gotten to know some of the animals housed at the reintroduction center. I was lucky enough to be present last month when a giant panda birthed twin cubs, a source of great excitement and a lot of work for the staff. To ensure the cubs’ survival, the staff cares for one while the mother cares for the other. They switch cubs frequently so (I presume) both develop a connection to the mother. I saw one very recently and it was already twice the size and covered in black and white fuzz.

The office I work in is surrounded by enclosures. On one side are two Asiatic black bears, around 2-3 years 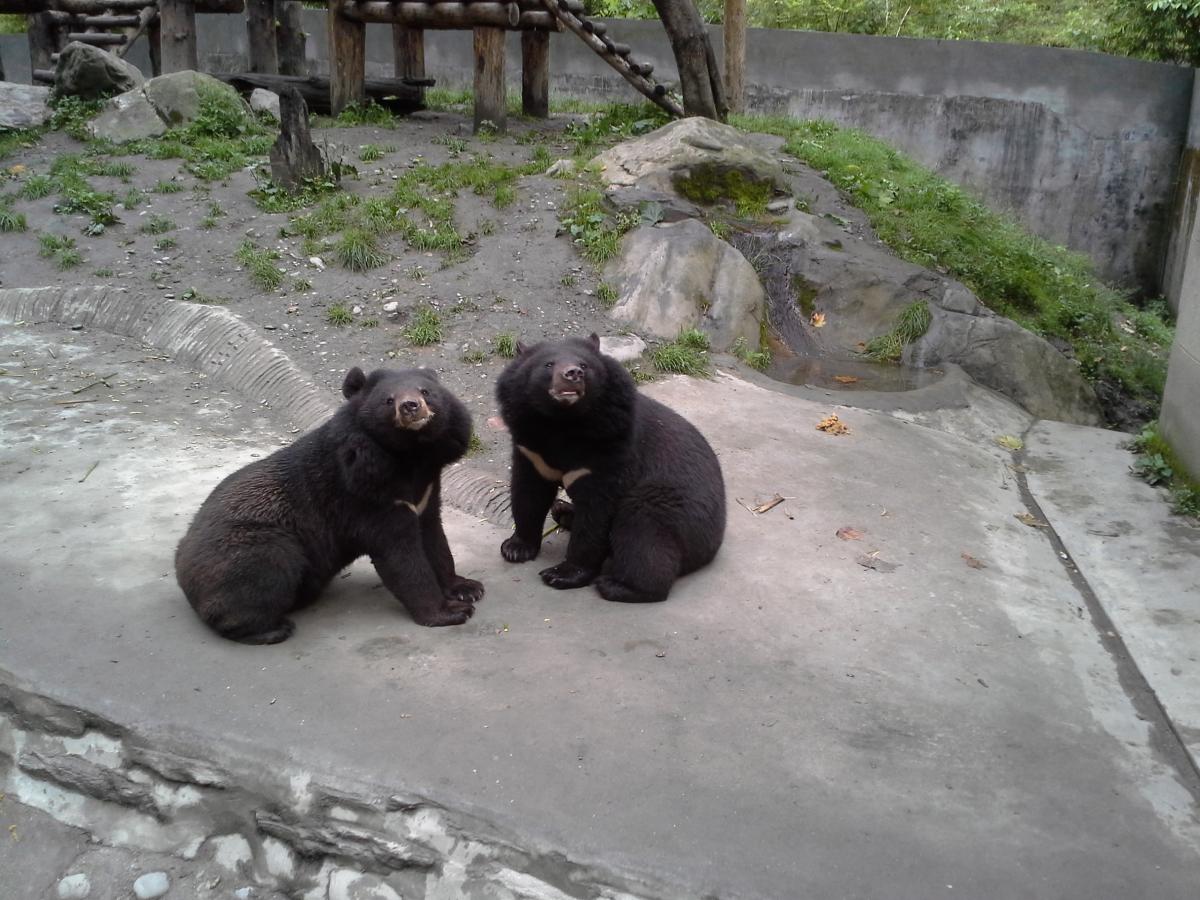 of age. They are excellent climbers, often sleeping in trees, and are always curious to come over if I start observing them. I consider them my friends and like to think that if I fell into their enclosure they wouldn’t maul me. They were apparently captured by poachers as small cubs but discovered by police at a routine check. The police brought them to the Wolong center where they have been ever since.

On the other side is a very energetic red panda. Almost every time I see it, it is running around its enclosure. Just yesterday there was a scare when no one could find it, despite four people walking around the enclosure. I thought to myself that if there ever was an animal to escape its enclosure this would be the one. I found out later that he/she was hiding the whole time very far up in a tree.

And so life continues at Wolong. I have begun to very lightly play basketball with the fellas again, and want to do a test field day within the next couple days. Knee-depending I hope to spend the next few weeks collecting panda poo and my last couple weeks working in the lab in Dujiangyan.