Heilongjiang is for the birds

Ciara Hovis is working toward her PhD with Dr. Jack Liu studying the global soy trade using the telecoupling framework between the United States, Brazil and China.

My friends are used to my frequent and sometimes infuriating habit of stopping whatever I am doing (be it walking, talking or driving) to look at and identify any birds. I have even been known to pull to the side of the road to ogle particularly interesting species, a habit I picked up from my father.

I am asked why I am studying birds in Heilongjiang, China a lot. Heilongjiang is not necessarily known for its incredible biodiversity as most of its land is devoted to agriculture. I’m also not looking in the typical places people go to find interesting bird species. I’m doing it in the middle of a corn (or rice or soybean) field. The point of my research is not to find the most interesting and rarest species in the province, but to figure out what birds use the land alongside the farmers and if there is any relationship between landscape structure and the number of birds that live there.

After my first trip to China in 2016, I realized that my trusty point-and-shoot Nikon camera was not robust enough to capture quality bird photos. This past summer, I had to privilege to bring to the field my lab’s extremely nifty (and extremely expensive) mirrorless Sony camera along with a lens worth more than my car. To say I was a bit nervous lugging around such an expensive piece of equipment is an understatement. However, the additional anxiety was worth it.

Disclaimer: These are the first photos I’ve ever taken with a camera that has more than two buttons, so please don’t judge too harshly. 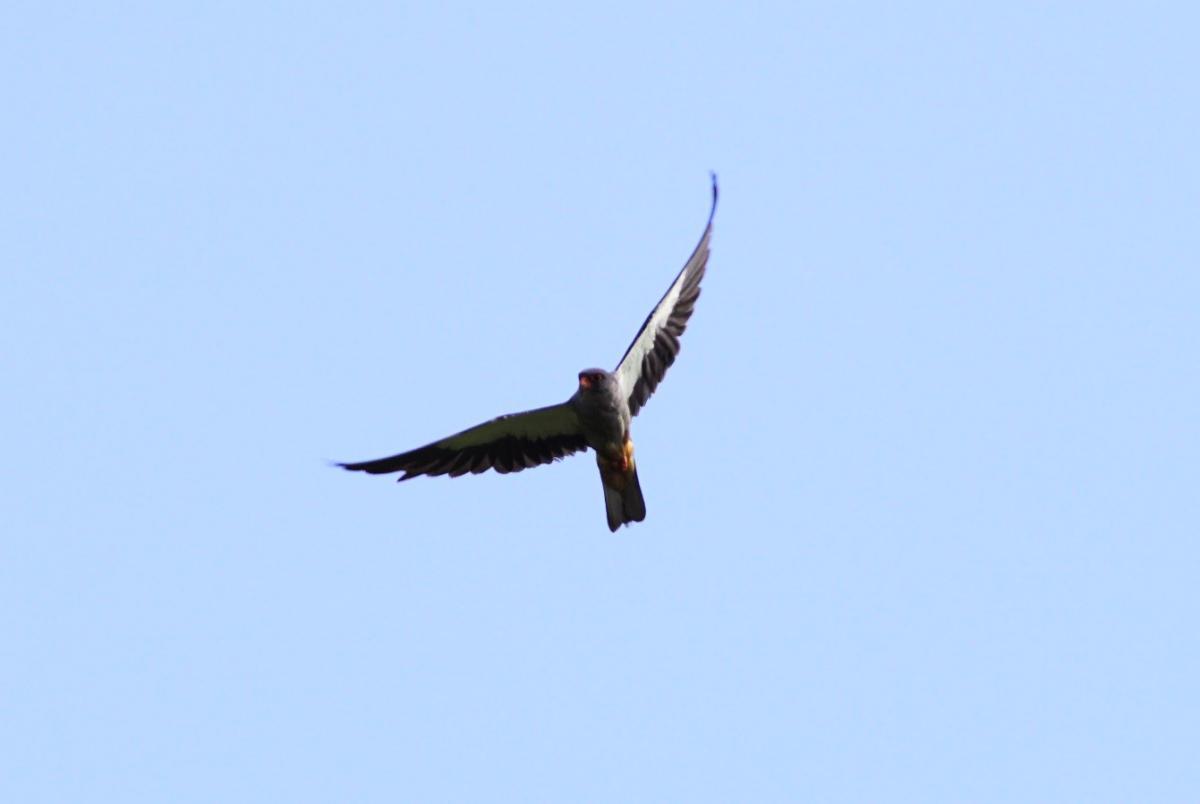 The first good photo I took is from my first day in the field. This is an Amur falcon (Falco amurensis) soaring above a crop field. This photo made me realize I had been incorrectly identifying these birds as another species, the Eurasian Sparrow hawk (Accipiter nisus). Thankfully, I realized this early on and not midway through the field season.

This second shot is of a Baillon’s crake (Porzana pusilla) that I came across after my fieldwork was done for the day. I got this shot kneeling in the mud hidden by reeds. My field assistant declined to follow me. Crakes are notoriously shy, so I had to wait a while for it to come out in the open. While I was waiting I caught glimpses of a chick as well as a juvenile in the height of its awkward phase.

This final photo is from my last day in the field. At first, I was just taking pictures of the black and white Eurasian magpie (Pica pica), when suddenly I noticed that he had some company on the wire. Once I realized it was a common kingfisher (Alcedo atthis), I took off across the field, failing to tell my assistant what I was doing and thereby alarming him somewhat. After I got my shots, I showed the farmers accompanying us, and they were delighted. They told me they thought they only had crows in their fields. 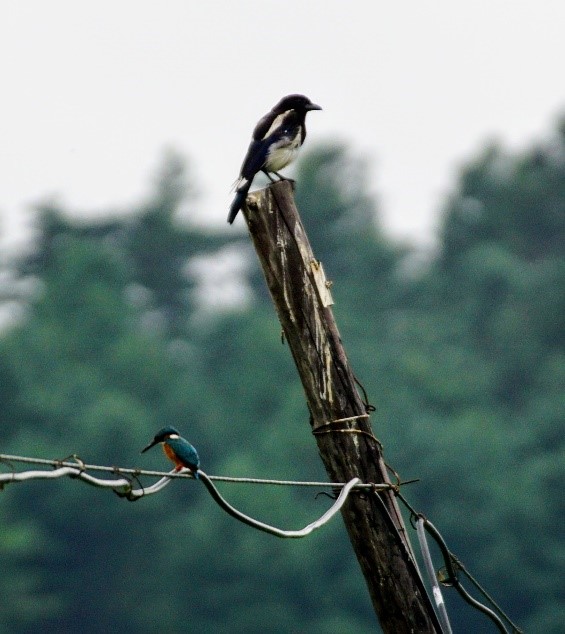 This is just a small sampling of the birds I saw in Heilongjiang. To those who say agricultural regions are not interesting places for biodiversity, I humbly disagree.