Middle and high school students aren’t usually known for their healthy eating habits nor sophisticated pallets, but a recent project caused us to challenge this assumption. Believe it or not, middle and high school students in Kentwood, Kelloggsville and Grand Rapids Public Schools tried and liked Mediterranean-style kafta, sfeeha and calzones with cucumber sauce hand-made by school food service staff. Six out of 10 students surveyed from East Kentwood High School and Grand Rapids’ City High said they really enjoyed the meal and would likely select it again.  A few students said this was their first time ever trying lamb meat and they were enthusiastic about trying something new.

This project was the brain child of Kentwood Food Service Director, Mo Shamali, and Grand Rapids Food Service Director, Paul Baumgartner. Baumgartner met a lamb producer at his cottage last summer and talked with Shamali about how lamb could be prepared for a school meal. Baumgartner has long been a supporter of Michigan agriculture and farm-to-school initiatives. Shamali is Jordanian-born and has experience in preparing and serving lamb dishes. Both food service directors also wanted this dish to help students learn about religious harmony as Christians, Muslims and Jews all eat lamb.  This information was presented on the monthly menu along with some of their recipes.

Over the past several months the market price of lamb meat has come down and was at a price point that fit the school’s food service budget. The schools were able to purchase ground lamb meat for market price of $0.30 per ounce. Since Wolverine was already connected to Gordon Food Service for the distribution of other food products, the project was able to fall into place in early 2013.

In addition to asking students if they liked the dish, we also asked them if they thought it was important for schools to purchase farm products from Michigan. Eight of out ten students agreed that supporting local agriculture is important to them. Some students commented that they thought Michigan food would be healthier and better tasting. A group of four boys in Grand Rapids even asked us for a second helping while we were surveying.

Baumgartner said they didn’t break any participation records, but they were pleased with the amount of students selecting the lamb dishes (the other choice was pizza). Both Food Service Directors surprised us by saying that they would be serving Michigan lamb on the menu again in May and during the following school year ­– another win for Michigan agriculture!

Chefs in a few Traverse City restaurants have learned about this effort and now say they want in on the supply of Michigan lamb meat. Henne and MSU Extension Community Food Systems Educator, Rob Sirrine, are now pursuing those connections. Be sure to be on the lookout for Michigan lamb and consider supporting this growing market.

For more information on this project and the nutritional aspects of lamb meat see a recent article, “Michigan lamb to be offered on school lunch menu” written by Becky Henne. Other information can be found on MSU’s farm to school program website. 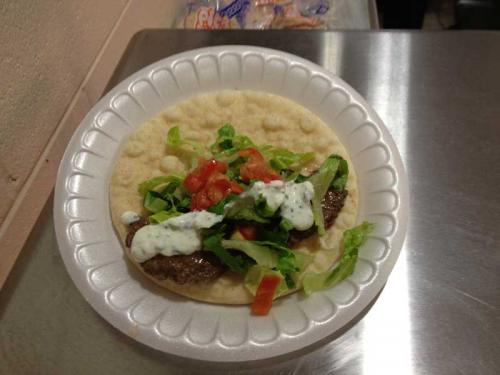 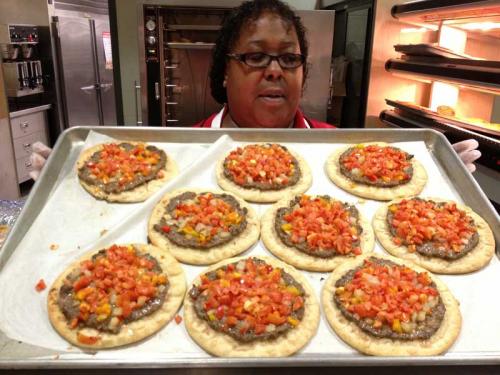