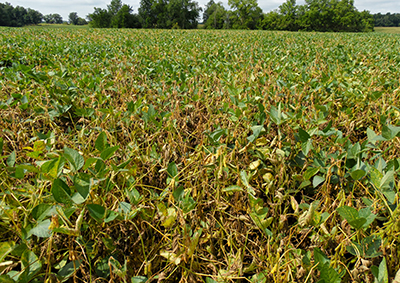 The dry corners of many irrigated soybean fields showed signs of severe moisture stress in August (Photo 3). In many cases this is strictly an environmental stress and not a result of disease. However, pests such as SCN and SDS are likely to build up to damaging levels in dry corners where soybeans are frequently planted. Both SCN and SDS can be spread beyond the dry corners with tillage operations. 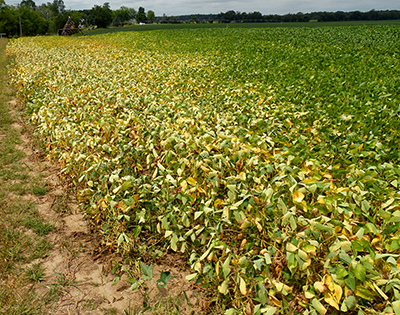 Some soybean fields are beginning to senesce. Producers should distinguish the yellow foliage produced when soybean plants senesce from the foliar symptoms produced by white mold, SDS, SCN and drought. Ideally, senescence will be fairly uniform across the field (Photo 4). However, plant stress generally hastens soybean senescence. For example, compacted headlands will either senesce earlier or later than the rest of the field depending on soil type and soil moisture status. 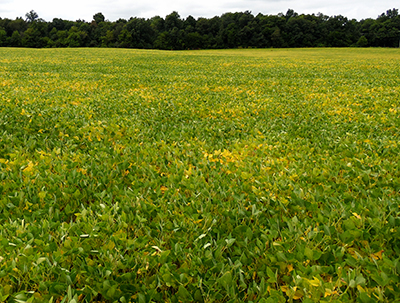 Soybean producers will need to understand and implement short-term and long-term management practices to reduce the occurrence of white mold, SDS and SCN and produce high soybean yields under irrigation.