Is an early spring a boom or bust for golf course turf?

Warm temperatures in February have resulted in golf courses opening in some areas of Michigan, but will this warmup cause turf problems?

Spring temperatures last weekend ushered in what has to be one of the earliest openings for golf courses throughout many areas of Michigan. Temperatures are forecast to be in the 60s and even close to 70 through Friday, Feb. 24, 2017. We all know Old Man Winter will likely return at some point, whether it’s this weekend, March, or even April or May. Is this warmup unprecedented? Probably, but it’s not completely out of bounds, it’s just a little earlier this year.

We’re clearly off to a fast start, but will it last? The 15-day forecast, with the exception of a cold weekend, looks more “seasonal” with high temperatures forecast in the 40s and lows around freezing (Feb. 27-March 5). The National Weather Service’s three-to-four-week outlook (March 4-17) predicts temperatures below normal for our region, so this may just be a spring tease. 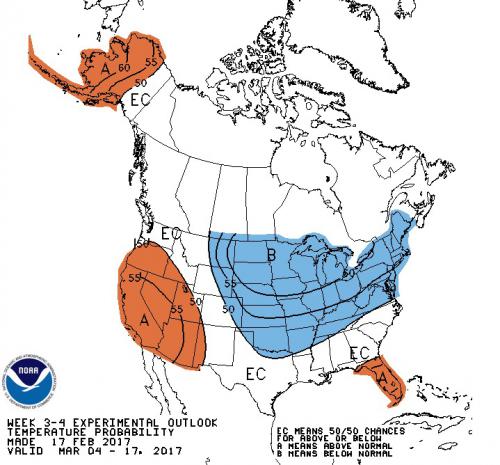 Ok, so enough with the weather. What does all this mean for turf? At this time for golf courses that have opened or are snow-free, there doesn’t appear to be any winterkill. However, this doesn’t mean we’re completely out of the woods. As several researchers have noted, annual bluegrass deacclimates quickly following brief warmups as winter recedes and spring arrives. This deacclimation makes annual bluegrass more susceptible to low temperature kill than creeping bentgrass. However, I’m not sure we commonly see annual bluegrass die in the field or suffer damage due to freezing temperatures following deacclimation.

How about last year? Following the early March warmup, a low temperature of 19 F on April 3 and 18 F on April 5 followed. Was there widespread kill of annual bluegrass? Not that I can document.

What I more commonly observe is that following green-up and active top-growth, a sub-30 F night in mid-late April results in leaf tip injury that often mimics fertilizer or herbicide injury. This injury is quickly mowed off as growth resumes. Maybe this year will be different and this early warm-up will be detrimental to short- and long-term turf health. Time will tell.

What about pink snow mold? Should you consider making a fungicide application for added protection? According to Michigan State University turfgrass professor Joe Vargas, as long as you haven’t mowed, the conditions are probably not favorable for pink snow mold development in the near future. It is a good idea to avoid mowing at this point.

Remember the saying, “The toughest thing to do is nothing.” I’d avoid mowing because especially at this time of year, mowing stimulates growth and more mowing. I don’t think we want to do anything to stimulate growth as I doubt winter is completely over. If soil conditions on greens are appropriate, such as not too wet, and you want to do something, I’d suggest rolling greens, but not mowing.

Crown hydration freeze injury to annual bluegrass is still a possibility in the next six weeks as temperatures and precipitation bounce up and down. Currently, soils are not frozen, which is a plus when it comes to avoiding crown hydration injury. Any precipitation should have a chance to infiltrate instead of puddling on the surface where it’s subject to freezing overnight. The situation could change, so MSU Extension suggests you be on the guard for preventing any standing water on putting greens when freezing temperatures are forecast.

The bottom line is there’s still plenty of uncertainty with what will happen in the next six weeks, but at least at this time, turf is in good shape. 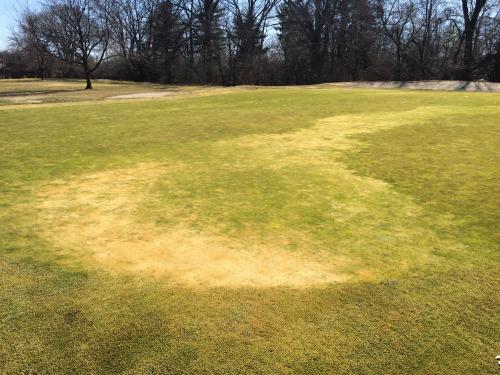