It is not too late to plant cover crops

Cereal rye is a hardy versatile plant that is one of the best choices for Michigan farmers to use as a cover crop. 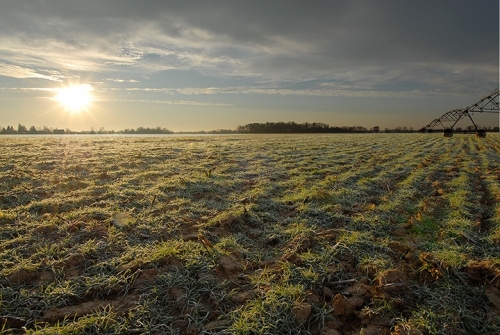 Cereal rye, also called winter rye, is a cold hearty cover. It can germinate in temperatures as low as 34 degrees  F in the fall and in the spring it will start to grow at 38 degreesF. Cereal rye can be established in a variety of soil types as well as quality. It can grow in rich organic soils as well as poor sandier soils. The preferred pH range is between 5.0-7.0. It is important to make sure that rye is planted at the correct depth. Drilling depth should be between ¾ to 1 ½ inches at a rate of 55-175 pounds per acre. The rate for broadcast is 60-185 pounds per acre and for aerial application it is 65-205 pounds per acre.

Cereal rye has many outstanding qualities that are looked at when considering cover crops. It is an excellent nitrogen scavenger. It will seek out nitrogen in the soil and will hold it for the next crop. It also frees up potassium that is deeper in the soil profile so it can be later used by crops. Rye also can be used as a weed suppressor. Rye can be easily established and if the population is dense enough it will outcompete weeds. Some of the weeds that it will suppress are redroot pigweed, velvetleaf, chickweed, lambsquarter, and foxtail. Rye also has an allopathic effect on some weeds including dandelions and Canada thistle. Rye can also be used as a feed source for livestock. Rye is also excellent at helping build soil organic matter.

The biggest challenge for using rye as a cover crop is terminating the plant in the spring. As rye grows it will pull nitrogen from the soil and hold it in its stem. Unfortunately the release of the nitrogen from the plant as it decomposes is slow and not quickly available. Rye will also utilize any moisture in the soil, so if it is a dry spring a late killing of the rye could have negative effects on the following crop. To maximize the benefits of the rye terminate the crop before it matures. Termination method can be either mechanical or chemical. It needs to be done when the rye is between 8 and 12 inches. Rye can also be green chopped as forage when it is in the boot stage.