Late blight was found in a potato plant near Bronson, Michigan, in Branch County on July 5, 2016 (Photos 1-2). Initial genotyping confirmed isolates as US-23 by GPI isomerase testing. Mating type and Ridomil sensitivity are underway. The source of the inoculum is volunteer potato plants in a sweet corn field (Photo 3).

Volunteer potato plants emerge from tubers left in the field at harvest. Tubers can over-winter in fields when winter soil temperatures are not low enough to kill the tubers. Volunteer potatoes that emerge from the surviving tubers can harbor the late blight pathogen as well as other pests and diseases. Due to changing climatic conditions over the past three growing seasons, the over-winter soil thermal conditions have been conducive for volunteer potato survival and thus acting as potential sources of inoculum in the spring. Epidemics of potato late blight are initiated from mycelium of Phytophthora infestans that survive in tubers over winter, which then give rise to infected volunteer potatoes.

Recommendations for late blight treatment remain the same as in previous reports posted at Michigan State University Extension, and include treating with one of the translaminar fungicides listed at the Michigan Late Blight Risk Monitoring website. 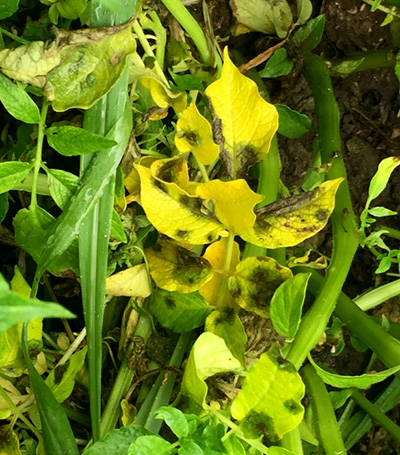 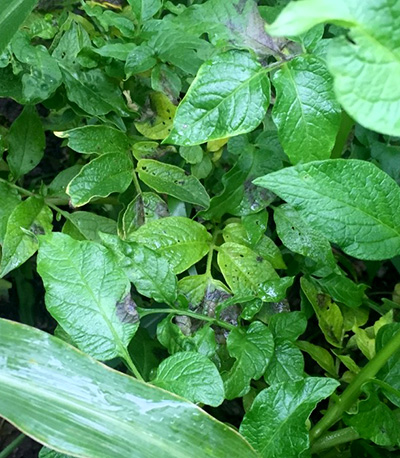 Dr. Rosenzweig’s work is funded in part by MSU’s AgBioResearch.