Numbers continue to climb throughout the monitoring network; susceptible crops need to be protected.

This is the Michigan State University Extension spotted wing Drosophila (SWD) Statewide Monitoring Network report. Out of the 112 traps collected during the week prior to July 14, 214 females and 169 males for a total of 383 SWD flies were captured from 53 traps, or 47 percent of the traps being monitored. That is a 30 percent increase over last week. 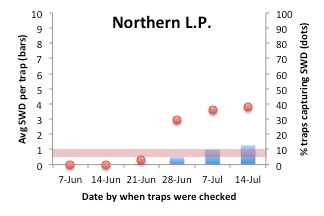 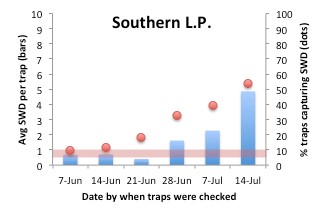 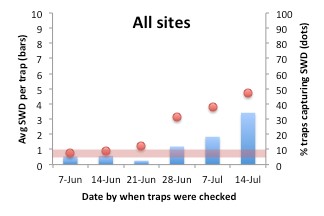