How a sheep farm that started as a 4-H project sourced wool to Ralph Lauren for closing ceremony athlete sweaters.

Debbie McDermott of Stonehedge Fiber Mill in East Jordan, Mich., says she would have never imagined that her daughter’s 4-H project would have grown large enough to attract the attention of Ralph Lauren, the company named for its founder, the world-famous fashion designer, and supply wool for the 2014 Winter Olympic Games.

“We bought our farm in 1988 so we could have two horses. In 1989, our daughter Jamie asked if she could raise two sheep as a 4-H project,” says McDermott. The family has had sheep ever since. This small beginning grew into a thriving fiber mill recognized for high-quality, soft wool. 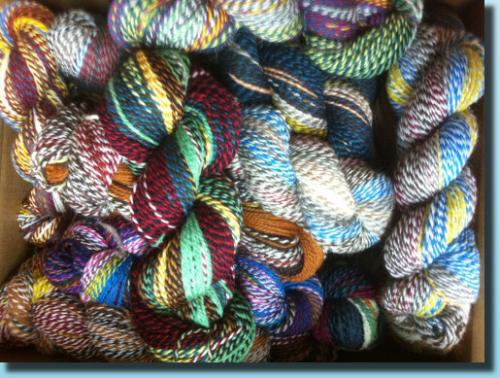 The connection to Ralph Lauren and the Olympic Games began in the summer of 2012 when a clothing designer from New York stopped into the farm’s shop. The designer was on vacation and found the farm because of the Tourist-Oriented Directional Sign along a state highway for the business. McDermott says the customer did not reveal which fashion designer she worked for. She purchased one skein of yarn and left. A few months later, McDermott received a call from the Ralph Lauren office in New York requesting a color card and yarn samples. In January 2013, an order for 3,000 pounds of wool yarn came from Ralph Lauren for the closing ceremony athlete sweaters.

McDermott calculated that by the time the order was completed, they had spun 4,000 pounds of wool. 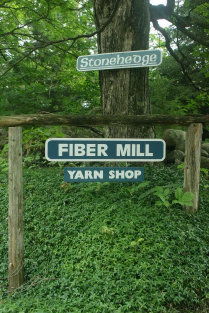 “An average fleece weighs about six pounds, so it took 1,334 sheep from all across the U.S. to supply this order,” says McDermott.

The wool was sourced by a South Carolina company and then sent to North Carolina to be dyed. Then it was shipped to Stonehedge Fiber Mill where McDermott pin drafted, spun, plied, rolled on to cones and steamed the wool. Then it was shipped to California where the sweaters were made. Mlive published an article in November 2013 titled Michigan fiber mill produces yarn for 2014 Winter Olympic sweaters, which provides further information about the story.

McDermott said growing up as a 4-H member, she learned to knit and developed a passion for the fiber arts. She supported her daughter’s 4-H experience, serving for eight years as a 4-H club leader for 35 students. Her passion for sheep and connecting people to animals led the family to start a petting zoo on their farm. McDermott estimates that over a period of 11 years, 35,000 people visited the farm, which raised several herds of about 75 sheep and lambs of nine different breeds. McDermott says that every breed’s wool has a use.