Not all proposed large wind energy farms are controversial and there may be reasons why: Part one

Large wind energy farms can be very controversial. But in some communities they are not. This is the first of two articles exploring some of the reasons why.

Large wind energy generators, or wind farms, can sometimes be some of the most controversial issues in a community. In other cases they do not generate much concern at all.

Research suggests a significant part of the difference is a community’s and developer’s ability to provide meaningful education, collaborative discussions, with a strong public participatory process very early in the process according to Peggy Kirk Hall, J.D., and Assistant Professor at The Ohio State University.

In this article the focus is on the research about the reasons why it may be controversial and the factors behind opposition. Part two will focus on things a community can do to further understanding and possible consensus – pro or con – on the wind energy issue.

Hall said it is not accurate and too simplistic to characterize opposition to utility scale wind generation projects as just “NIMBYism” (Not In My Back Yard). There are legitimate concerns which need to be understood and acknowledged, along with an active effort to mitigate those concerns. In some cases, those concerns cannot be successfully mitigated, and in other cases it may be possible – which may lead to a community issuing local permit approval for a wind farm or not.

Concern or opposition to a wind farm might be categorized into three areas: (1) anticipated effects, (2) fairness of the development, and (3) values and beliefs, according to research by David Bidwell (2013). That research is: Bidwell, David; “The role of values in public beliefs and attitudes towards commercial wind energy”; Energy Policy; 58 (2013) 189-199.

The anticipated effects of a wind farm can be listed as within these categories: wildlife & habitat, health and safety, traffic, road use, noise, property values, economic impact on community and landscape. The last one, landscape, should not be passed over as just aesthetic views. Research includes a “place identity theory” where a person’s personal identity is tied to valued landscapes or place. In other words landscape has a symbolic value – so those with a strong bond to their community may view wind farms as a form of “alien invasion” according to Cass and Walker (2009). 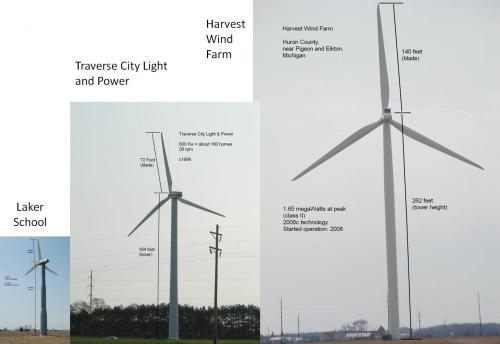 Fairness of the development, or process, includes such beliefs and results as: (1) outside interests are profiting or benefiting more than local community, (2) opposition directed toward the developer and (3) if procedural fairness such as unbiased decision making, stakeholders are treated fairly is being done. These concerns come down to the process used and the distribution of the effects. For process, there are two extremes. A community, or local government, may operate in an open and participatory manner, or at the other extreme would be closed and institutional, along with everything in-between. Distributional fairness has to do with how residents feel the benefits are being shared. One may perceive outside interests are getting all the benefits and profits, with little for the local community. This can translate into one’s feeling that locals are being treated unfairly. Often, research shows, that leads to opposition directed toward the developer.

Values and beliefs include environmental values where wind energy is seen as a clean, renewable, carbon-free way to generate electricity and environmental opposition to wind energy locally, known as “green on green” conflicts. One might also characterize it as a local versus global perspective. Bidwell’s research suggests:

Michigan State University Extension has specific resources that center around the planning and zoning aspects of this issue. They can be found at this land use page website. Part two of this series focuses on things a community can do to further understanding and possible consensus – pro or con – on the wind energy issue.

Electrical energy generation and the future

Planning and zoning for solar in Michigan