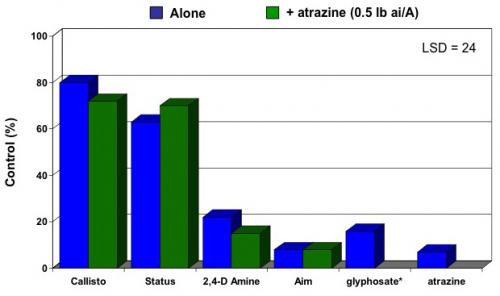 * Use glyphosate only on Roundup Ready corn.

Something to consider: of the treatments that provided good suppression of volunteer potatoes, Callisto and Callisto + atrazine are the only treatments that can be applied to seed corn. Corn inbreds vary in their sensitivity to herbicides including Callisto, so it is important to consult the seed company on their inbred tolerances to Callisto.

Drs. Sprague and Kirk’s work is funded in part by MSU’s AgBioResearch.