Scientists should be super modelers

Creating simulations to test accuracy of the models’ predictions of species presence or absence.

Scholars and conservationists want to aim for the right future to preserve biodiversity and plan sustainable environments. One of those scholars is calling for due diligence to make sure the right data, not conventional wisdom, shapes that target.

In this month’s journal Ecography, a Michigan State University student takes a break from his popular research on giant pandas to scrutinize a less sexy but important scientific issue – looking at habitat the right way.

The article title, “Effects of Grain Size and Niche Breadth on Species Distribution Modeling,” can send those not familiar with the finer points of habitat modeling running for a YouTube panda video. But Thomas Connor (who kindly provided the cute video as a bonus), a PhD student in MSU’s Center for Systems Integration and Sustainability, takes his pandas with a shot of serious science methodology. Accurate predictions of animal habitat are only as good as the methods used.

“When you’re putting together models to understand a species habitat, there’s a tendency to rely on expert opinions or conventional wisdom as you set model parameters, and that can be good, but any opportunity to test an opinion is important, so I thought I’d try that,” Connor said.

Size matters when it comes to habitat

He’s referring to how a scientist decides to examine, and tinker with, through modeling, the environment of an animal, bird, or plant. He uses a lion and a shrew as an example. A lion lives its life pretty large – and probably isn’t sweating what’s happening only a few yards away. That lion is more likely to be affected if a few square miles of its home endures change or stress.

But a shrew’s world is smaller, which means big-scale changes may not affect that critter as long as his few square yards is stable – or spotty change might be more problematic if it’s that shrew’s home turf.

Niche breadth is a way to understand and account for the resources a species needs to survive. Animals like pandas have sharply defined needs. They only eat bamboo, they’re picky about the size of their forests, and they steer far clear of humans. Other animals are less fussy, happy to eat different foods and learn to coexist with people. Build a model with both those aspects right, and modeling can give some predictions about habitat will fare if the climate changes, if human development escalates or other new conditions arise.

Researchers modeling an environment divide a habitat into pieces. Sometimes, they decide on the size based on previous work. For this paper, Connor created simulations to test accuracy of the models’ predictions of species presence or absence. He used Sweden and Norway for their nicely varied landscape and abundant data. Then he made a critter simulation – he liked to think of it as a dire wolf, though he could also pretend it was a dodo bird – to create habitat particulars. (He also said modeling habitats for extinct species is becoming its own subculture.) 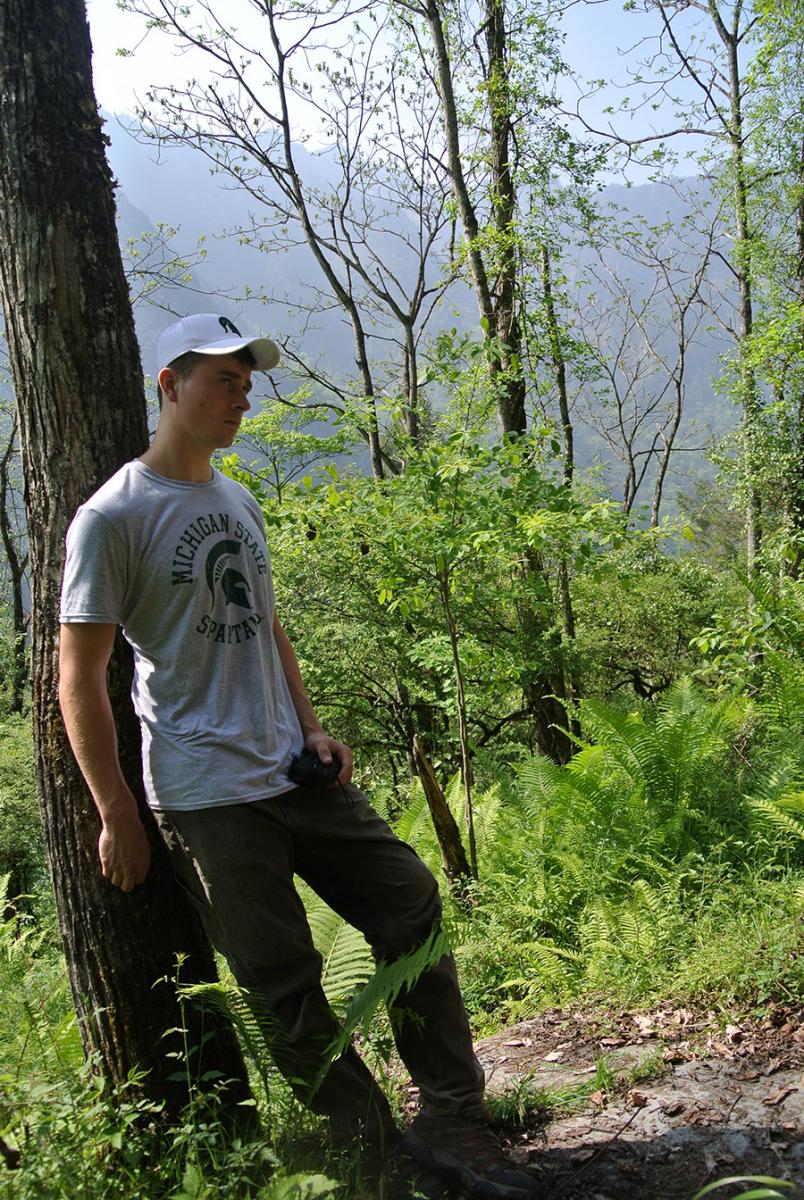 So, Connor said that before he hunkers into his doctoral work – understanding the effects of habitat fragmentation on giant pandas – it was nagging him to know for sure the right way to model that habitat. In this piece, he ran basic checks, creating models at different grain size as well as niche breadth. Discovery: sometimes conventional wisdom isn’t, well, wise.

Picking the wrong grain size can send models down the wrong path. Looking at a problem with too large a lens can grossly over predict the area occupied by a given species or population, which can lead to wrong assumptions about the health of a species, or to bad conservation decisions.

While grain size and niche breadth are nuts and bolts to predicting habitat, Connor said it isn’t hard to find conservation papers that are reaching conclusions – and making recommendations – using grain sizes that may be assumed adequate, but aren’t holding up to scrutiny. He said he hopes this research serves as a reminder to trade assumptions in for more extensive testing.