Things aren’t all black and white for giant pandas.

The beloved Chinese icons have basked in good press lately – their extinction risk status downgraded from “endangered” to “vulnerable,” their good fortunes have shown to rub off on their less charismatic forest neighbors that benefit from panda-centric conservation efforts.

Yet endangered vs vulnerable isn’t a pass/fail status. In Biological Conservation, Michigan State University (MSU) scientists agree with the logic of the International Union for the Conservation of Nature (IUCN) for down-listing the pandas – to a point. The MSU team takes both a finer, and broader, look at panda habitat and finds gaps in understanding. Gaps big enough for panda survival to fall through.

“Sustainability of a species like the panda relies on holistic and thorough analyses,” said Jianguo “Jack” Liu, Rachel Carson Chair in Sustainability. “We all want to do a victory dance for the panda, but need to continue to understand and address possible threats. There is no declaring a victory and moving on.”

The IUCN drew heavily on data collected in the Third (1999 to 2003) and Fourth (2001 to 2004) National Giant Panda Surveys. The problem that researchers, led by PhD student Hongbo Yang, found is that the two surveys used somewhat different ranges and the habitat analyses based on the survey data did not incorporate range-wide information about bamboo (pandas’ staple food). That meant they missed important changes in habitat suitability and how much of the habitat, however good, is fragmented. 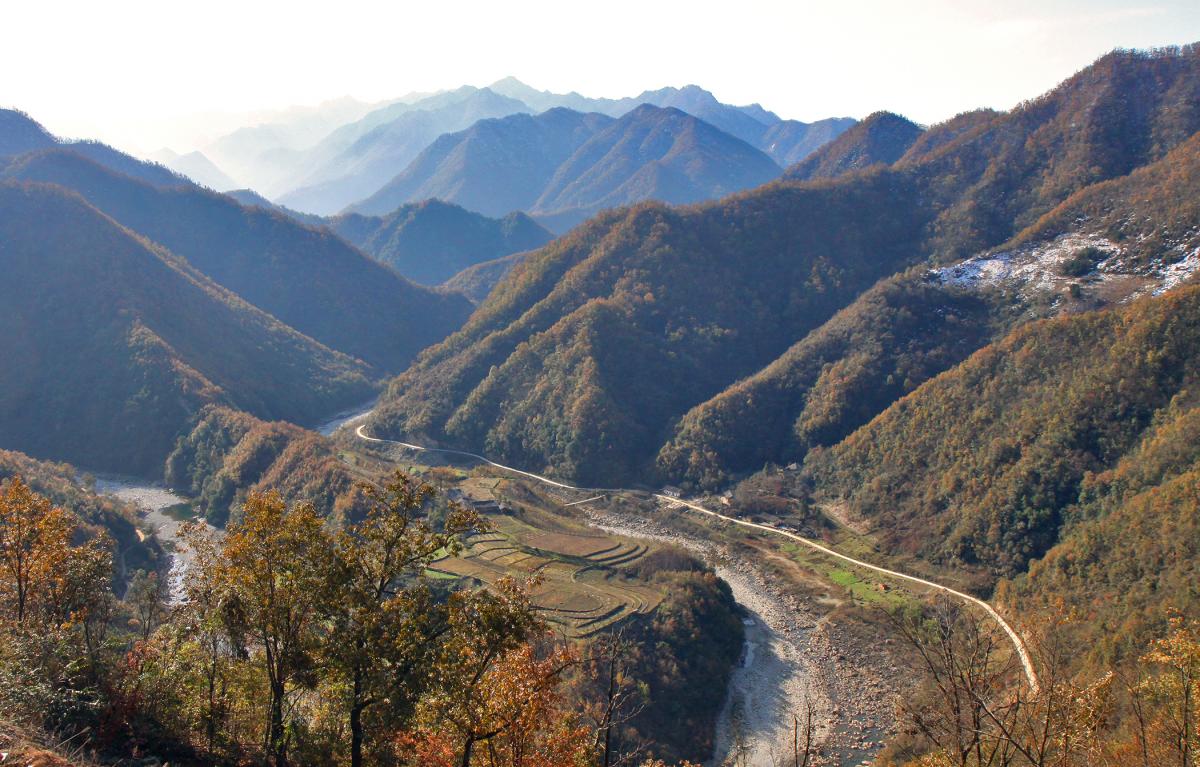 information about bamboo and integrating that information with on-the-ground data. This study for the first time examines changes across the whole geographic range of panda habitat. What they see is agreement that high-quality panda habitat is indeed growing. In fact, they also find that areas outside nature reserves are showing increases in favorable panda habitat patches, thanks to sweeping nation-wide conservation efforts to curb deforestation and return cropland to forest.

However, there was a growing fragmentation between those habitat patches, due to human activities such as roads or development, and natural events, such as the catastrophic Wenchuan Earthquake in 2008. This insight infuses “vulnerable” status with concern.

“The general conclusion of the IUCN is correct: the conservation efforts in China over the past decades have produced a larger space for pandas’ future survival. Results from our study complement this understanding with a detailed view on changes in quality of panda habitat, rather than just quantity, and revealed a more complex story,” Yang said. “While there is good reason to celebrate success, there are looming threats to long term survival of this species.”

Liu and Yang say that this method of evaluating habitat quality change provides crucial information for conservation planning and management, a method that can be used in areas seeking to protect biodiversity all over the world. For example, they say the spatially specific information on panda habitat change can help point conservation managers to focus more on establishing habitat corridors and expanding support to conservation efforts outside nature reserves.