Be prepared this season by recognizing some of the common ornamental cabbage and kale disorders and pests.

Ornamental cabbage and kale (Brassica oleracea var. acephala L.) are produced commercially during the summer and fall along with other crops such as asters, chrysanthemums, pansies and other cold-tolerant bedding plants. Greenhouse and outdoor ornamental cabbage and kale growers can encounter production challenges, which we discuss in this article.

Ornamental cabbage and kale are often transplanted during summer months for fall sales. During this time they may experience water stress, thus resulting in lower leaf yellowing and loss. Additionally, high substrate electrical conductivity (EC), in addition to excessive drought stress, can also cause lower leaf loss and root death. To prevent this from occurring, growers must provide plants with adequate moisture and maintain substrate EC between 1.0 and 2.5 mS/cm (PourThru method). Appropriate container size selection, substrates with increased water holding capacity and automated irrigation systems are recommended to prevent these problems.

However, contrary to popular belief, discontinuing fertilization will not enhance center head and color development. Rather, it can result in chlorosis (Photo 2), purpling of lower leaves (Photo 3) or loss of lower leaves (Photo 4). During periods of active growth, it is recommended you provide 150 to 250 ppm N, while maintaining a substrate pH between 5.5 and 6.2. 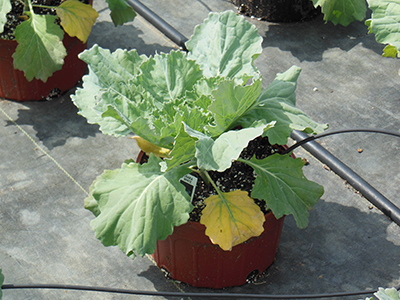 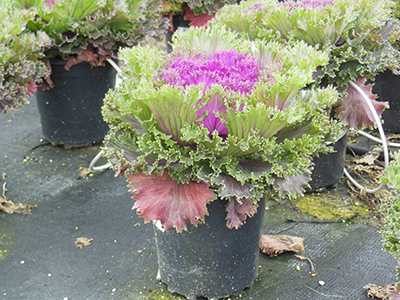 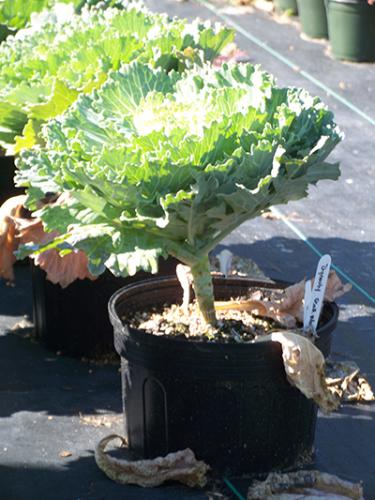 Photo 4. As a result of discontinuing fertilization, ornamental cabbage and kale can drop lower basal leaves.

Ornamental cabbage and kale are typically grown outdoors, but can be grown in greenhouses. High temperatures during production can cause excessive stem elongation (Photo 5). Plants exposed to night temperatures between 45 and 50 degrees Fahrenheit for two to three weeks will develop full color without lower leaf chlorosis, purpling or leaf loss (Photo 6). 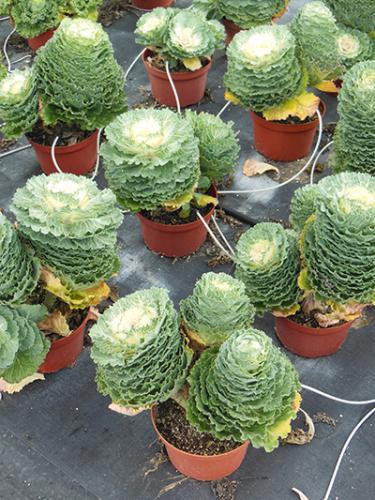 Photo 5. High temperatures during production can excessively elongate stems of ornamental cabbage and kale. As a result of increased growth, plants will exhibit lower leaf yellowing (chlorosis) due to the lack of fertility and water.

Ornamental cabbage and kale are prone to a number of insects and diseases. The most common pests, especially with outdoor production, include aphids (Photo 7), caterpillars, flea beetles (Photo 8), whiteflies, slugs and snails (Photo 9). The most common diseases of ornamental cabbage and kale include Alternaria leaf spot, black rot, club rot, downy mildew, fusarium yellows, rhizoctonia stem rot and root rots caused by Pythium and Phytophthora. Therefore, while using a substrate that holds sufficient moisture helps prevent lower-leaf loss, the substrate should also be allowed to dry out somewhat between irrigation events. 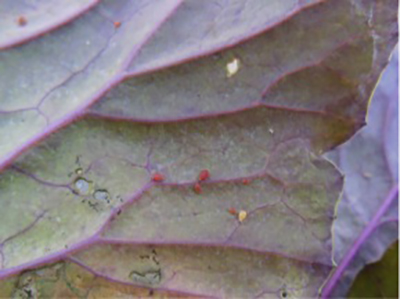 Photo 7. Aphids found on the underside of ornamental cabbage leaves. 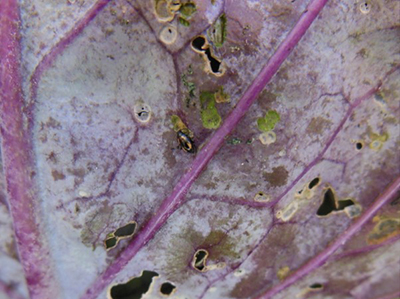 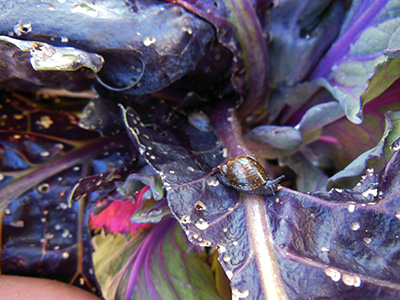 Photo 9. Snails can often cause damage on ornamental cabbage leaves.

Tips to stay safe in the heat