Now is the time to voice your opinion on basin separation options for the Chicago Area Waterway System. Eight options are listed in the recent GLMRIS report and two public meetings are scheduled in Michigan next week.

When it comes to Asian carp, most everyone can agree that it is important to keep them out of the Great Lakes. Although we never have perfect understanding of how a new invader will harm the Great Lakes and connected waters, we do know enough to recognize the potential for disaster if silver and bighead carp establish breeding populations.

As with any non-native species, there are many potential pathways for invasion. The Chicago Area Waterway System (CAWS) is one of these pathways. The canals of the 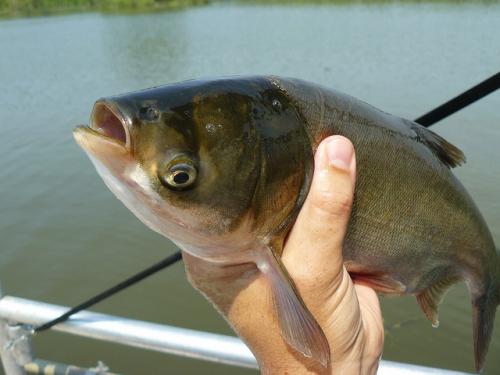 CAWS were designed to flush sewage and stormwater runoff from Chicago down the Des Plaines and Illinois rivers of the Mississippi River basin. Doing this now requires the diversion of 2.1 billion gallons of Lake Michigan water each day.  The city of Chicago grew up depending on canals for sanitation, flood control, and navigation. The city’s infrastructure was developed in relation to these canals, the first of which was constructed beginning in 1836.

Hydrologic separation of CAWS is the surest way to eliminate this pathway for Asian carp and other invaders. No, it won’t solve all of the problems associated with other pathways such as illegal stocking, but in the world of invasive species control it is essential to focus on pathways for invasion instead of individual species. One reason for this is that we never know what the next invader will be. If the pathway is closed, we are not left scraping for new species-specific control technologies when a new invader shows up.

One downside of hydrologic separation is that it would require major infrastructure changes to mitigate flooding and water quality impacts that would impact the lives of many people. Fortunately, the Great Lakes and Mississippi River Interbasin Study (GLMRIS) that was released on January 6 by the U.S. Army Corps of Engineers (USACE), gives approximate costs that include mitigation. The study does not indicate a preferred option, nor does it state who will cover the costs associated with each option. Those are decisions that are now a matter for public debate.

The GLMRIS study includes eight options, six of which do not involve complete hydrologic separation.  Public comments are being accepted until March 3, and the USACE has stated that they hope to identify public consensus on a preferred option based in part on these comments. You can submit your comment online or register to attend a public meeting in Ann Arbor on January 21 or Traverse City on January 23.

Citizen science: People making a difference in their community and across the state