Northern hardwood forest types have traditionally been successfully managed using a single-tree selection silvicultural system. However, changes in ecological and social environments have generated the need for alternative management systems.

Single-tree selection silviculture was designed to produce high-quality sugar maple saw logs and maximize monetary value of these forest types. This management approach has been quite successful, especially on highly productive sites. The creation of multiple age classes, improved tree health and regeneration are among the many positive attributes. However, in some important ways, the game has changed.

Classic single-tree selection systems tend to push northern hardwoods to nearly pure stands of sugar maple. Sugar maple dominated stands have been described as monocultures, with the associated inherent drawbacks. Tree species diversity is lower than what might be “naturally” expected. Concern has grown about suites of wildlife that are not favored by these forest conditions, although most northern forest landscapes have an ample degree of habitat diversity. Efforts have grown to introduce more upland conifers into northern hardwoods, especially white pine and hemlock. 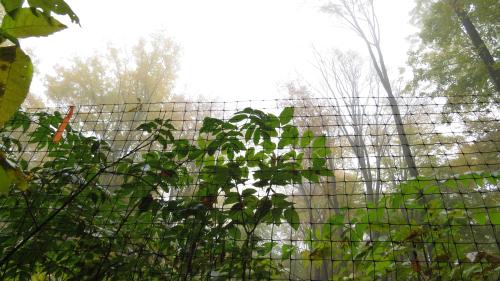 On the ecological side, a number of destabilizing factors have been introduced to northern hardwood stands. Over-abundant deer populations have contributed to failed regeneration for decades in many locations. Exotic earthworms, slugs and certain plants have altered understory dynamics. The Asian long-horned beetle, emerald ash borer and other exotic pests threaten entire native tree populations. Native plants, such as Pennsylvania sedge and ironwood, sometimes behave in invasive ways. Climate change has not favored sugar maple and will likely exert increased influence over the next several decades.

Single tree selection was researched and designed in a time when many of these newer social and ecological factors either did not exist or were uncommon. In some regions, it still works very well.

Tree regeneration is the definition of success. Regeneration (more properly called recruitment) occurs when the desired tree species reach heights in sufficient quantities and are free to grow into the next forest. A forest floor of knee-high sugar maple or white ash might not be able to stock a new forest. 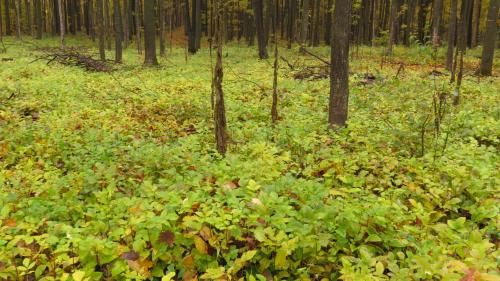 A forest floor of white ash seedlings, not a viable future forest.

As a result of these changing times, forest researchers and forest managers have been experimenting with alternative practices to regenerate northern hardwoods and provide for a longer list of social priorities. Examples of group and gap selection can be found across the northern landscape from Minnesota to New England. These are not new techniques but have been less often employed. Creating a continuum of stand density creates opportunities for more diverse habitat. While these techniques have been around for decades, their application to address more modern challenges has been renewed. However, their success in regenerating a new forest is inconsistent.

For example, studies to determine an optimum gap size have had highly variable results. Stand histories, ecologies and soils are complex. What might work in one situation will fail in another. There is no one-size-fits-all management system. Even if all the natural elements were the same, the management goals will vary among forest owners. However, both the natural and social elements are evolving. Management has continually adapted to a set of moving targets.

Federal and state agencies are exploring the success of different management practices in variable locations and conditions. Large private forest ownerships are doing much of the same thing. University researchers are establishing science-based studies to better tease-out the dynamics of these complex and changing ecologies.

As a family forest owner, determining the best way to manage northern hardwoods can be daunting. A do-nothing approach usually leads to worsening ecological conditions. Michigan State University Extension recommends that working with a consulting forester, experienced in northern hardwood management, can be an important asset and investment.