Gardeners who have succumbed to the allure and fascination of Phalaenopsis orchids may be wondering what on earth to do with their plant once it has finished blooming. In their native habitat, orchids hang loosely in the crotches of tree limbs on moist organic matter that has collected over time. The only fertilization they receive comes from the organic matter they exist in and natural rainfall. You may be thinking, “What more do they need than that cramped little pot of bark and moss?”

To keep your windowsill orchid healthy enough to reward you with an encore performance of blooms, repotting will definitely help. Once the flowers along the spike fade, you can cut the stalk off right at the base and begin the refurbishment process.

Gently wiggle the root mass out of the pot, liberating roots from the old bark media and clip off dead or dried out roots. For the most part, a first-year purchase should have a nice mass of greenish-white roots below the surface of the potting mix. 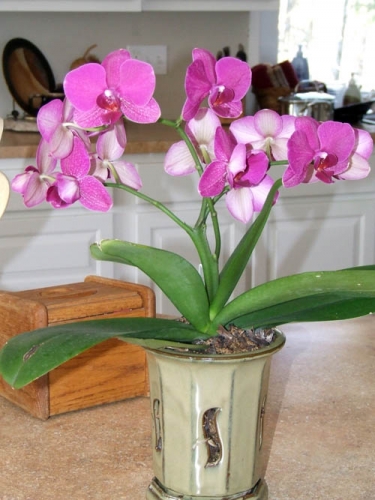 Orchids are easy to grow on your windowsill. 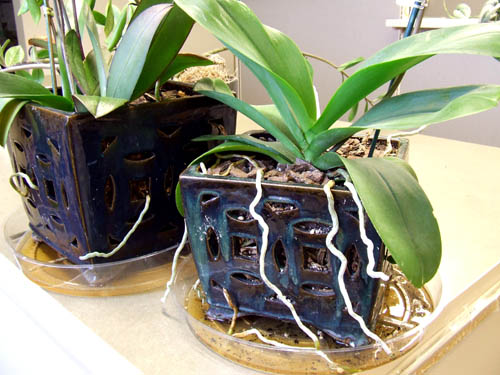 As they get older, roots escape the container and it is time to repot.

Select a container for your orchid based upon the root mass and size of plant, generally an inch or two larger than the previous container. Orchid containers with openings along the sides are preferred, but a clean clay or plastic pot will work nicely, too. 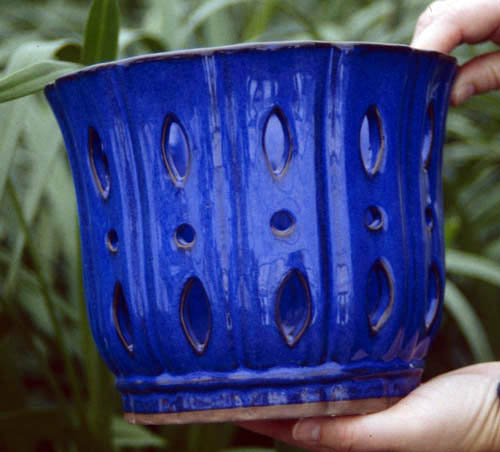 Orchids can be potted in the same pot or one slightly larger.

Next, combine a commercial orchid moss (sphagnum) with orchid potting mix, which is primarily made up of “bark fines” and perlite. The moss will help hold moisture and humidity near the roots while the bark helps mimic nature’s loosely aggregated mess that accumulates in the tree canopy of the tropics. This combination can be mixed about half-and-half for most indoor home settings. I usually plop the whole mess in a tub with water to mix and soak thoroughly before the process begins. 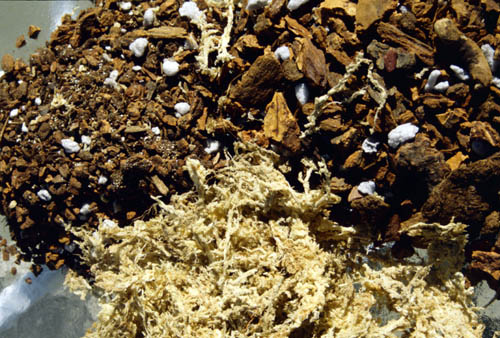 Mix equal parts orchid potting mix with sphagnum moss to use as your media.

Squeezing the excess water out of the mossy-bark mixture, begin to pack it snugly in between the roots all the while tucking new surface roots that have formed back in your potting media as well. Water well to settle the media around the roots, being careful not to get water into the bud of the plant (this will cause rot in short order).

Afterwards, place the orchid in a window or area where it will receive bright light, preferably not hot, afternoon sun. Most orchids will benefit from being repotted once a year, especially Phalaenopsis. You may find that many of your orchids tend to bloom during the winter months, so early spring is a likely time to get repotting done. If you have an older orchid that hasn’t bloomed for a year or more, it may also benefit from repotting.

Find out about other educational resources and classes at www.migarden.msu.edu and at Finneran’s blog. You can contact the MSU Master Gardener Lawn and Garden Hotline at 888-678-3464 with your questions.