Seedheads are now pushing in turfgrass across Michigan. The common lawn grasses, Kentucky bluegrass, perennial ryegrass and tall fescue, all produce seedheads, as do grassy weeds such as annual bluegrass (Poa annua). Seedhead production requires energy from the plant so the turf will not only look stemmy due to the seed stalks, but the turfgrass may even temporarily lose density.

If you haven’t fertilized since earlier this spring and the turf is looking a little lean, now is the time to consider a fertilizer application following the seedhead flush to help the turf recover. Keep the mower blade sharp to ensure a clean cut and don't lower the mowing height to try and remove seedheads. Annual bluegrass produces seedheads below the 1/8-inch mowing height on golf course putting greens, so lowering the mowing height is not going to eliminate seedheads from your lawn.

For those that think the lawn is going to be reseeded by the natural seedhead production, think again. Even if the seed was allowed to reach maturity, which would take about four months, allowed to dry and then harvested, you’d still need to make sure that seed would find a home in the soil in order to germinate. If you need to fill in some areas in your lawn, it’ll be easier and more effective to go buy some seed.

One of the most consistent weed flowering events every year is yellow and orange hawkweed on or around Memorial Day weekend. Somehow, despite all the differences in spring weather we experience from year to year, hawkweed consistently blooms at the end of May.

Hawkweed’s presence is often an indication of poor growing conditions and is often found near roadsides, in boulevards or in country lawns that are rarely fertilized. Although common broadleaf herbicides will be effective in control, if you don’t improve the growing conditions it’s likely to come back, and more often than not it seems folks choose to enjoy the color rather than eliminate it. 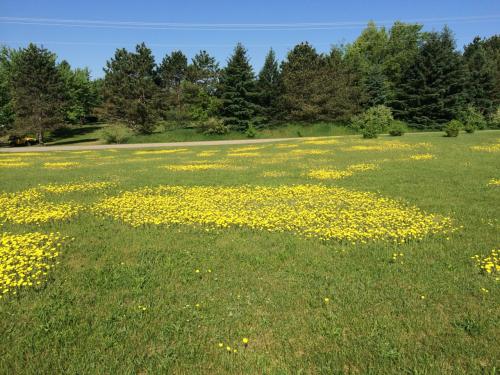 With the abundant rainfall this spring, I've recently spotted some small patches of slime mold. Slime mold has colors varying from bright yellow, orange, purple or gray. Generally, slime mold will only persist for a couple weeks. As conditions dry out, the slime mold changes and produces fruiting bodies full of spores that cover turfgrass leaves. Turf leaves may turn yellow during this period if they are completely covered by spores.

Slime molds are not infectious and are considered one of those turf diseases that is more cosmetic than anything. Fungicides are not necessary. If the appearance is bothersome, Michigan State University Extension recommends washing the mold from the leaves or light hand-raking will help get rid of it faster. 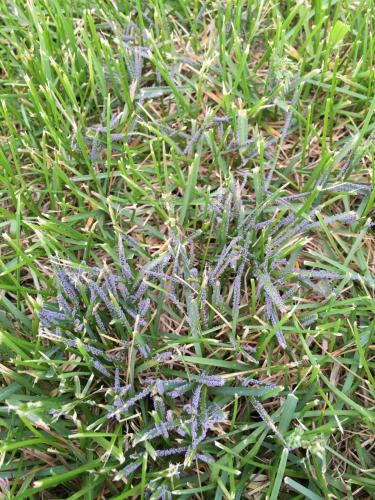 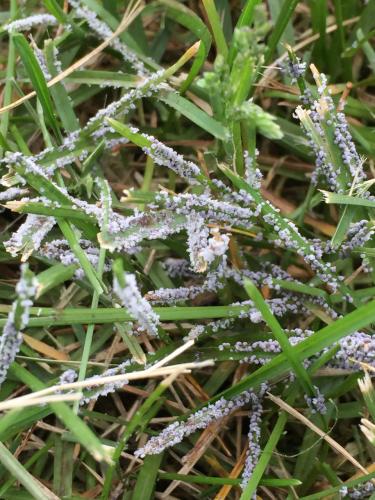 Fungi in lawns getting interesting

What’s the difference between Roundup and Roundup For Lawns?

Lawn tips to save you money