Small pests that can cause big problems on spruce

Time to scout for Cooley and Eastern spruce gall adelgids.

Cooley and Eastern spruce gall adelgids are small, sap-feeding insects. Feeding by these insects cause: 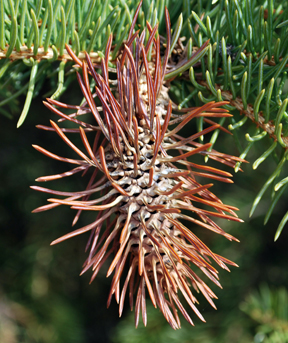 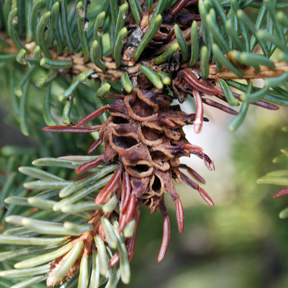 These adelgids overwinter as an immature female called a stem mothers. As bud break approaches, the stem mother matures and begins to secrete a white, wooly wax around her body. She will lay eggs in this mass and as the new buds begin to break in the spring new nymphs will hatch, moving to the new growth. Feeding by the nymphs causes the abnormal growth, which results in forming the characteristic galls. 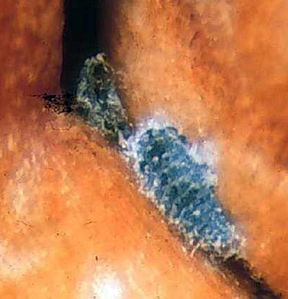 Photo 3. Overwintering nymph at the base of a bud.

If you had lots of galls on your spruce trees last year, the best time to apply a registered insecticide is before bud break to control the overwintering nymphs (before they are covered with cottony wax). With both of these adelgids, the first adults become active at 25 to 120 GDD50.

You can use the new models on the Enviroweather site (http://www.enviroweather.msu.edu/) to help you track Cooley and Eastern spruce gall development in your area, but use your own observations to make the decision of when to treat your fields. Scout your spruce fields, examining for adelgid activity at the base of the terminal buds for Cooley and the terminal and lateral buds with Eastern.