Several weeks ago, we received specimens of some white grubs that a nurseryman found in container stock that he recently received from an out-of-state supplier. The grubs’ rastor pattern (hairs on the butt) resembled May/June beetle grubs, but they differed significantly from anything that I had seen before. I tentatively identified them as Oriental beetle grubs and sent them on to Jim Zablotny for confirmation. This past week Jim informed me that the USDA had confirmed them to be Oriental beetles, Exomala orientali (Coleoptera: Scarabaeidae).

This bug was found last year in Indiana. It is known to occur in Ohio and throughout the northeastern United States. It is a serious pest of turf and many ornamental plants. 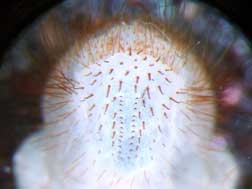 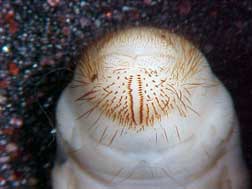 Home for the Holly Daze