Researchers in the Boone and Crockett Quantitative Wildlife Center are taking on the insidious deer disease.

Throughout autumn, deer hunters across the U.S. flock to fields in search of big game. Whether in pursuit of fresh meat or a trophy buck, hunting is often shared by generations as a way to connect with nature and bond with one another.

But deer hunters are facing a mounting problem that threatens the long-term viability of their pastime: chronic wasting disease (CWD).

CWD is a neurological disorder in deer caused by an abnormal cellular protein known as a prion, which can be shed by infected animals and easily transmitted due to an ability to persist in the environment for years. Some animals show no signs of the disease for long periods, but in advanced stages may become emaciated, lethargic and lose control of bodily functions. All cases eventually result in death.

As of July 2020, CWD has been identified in 26 states and four Canadian provinces — in captive and wild animals — according to the Chronic Wasting Disease Alliance.

In Michigan, the first recorded case of a wild deer with CWD was logged in 2015 in Meridian Township. Researchers at Michigan State University, which neighbors the area where the deer was found, took notice.

Just a year earlier in 2014, the Boone and Crockett Quantitative Wildlife Center (QWC) was established at MSU by Bill Porter, the first Boone and Crocket Chair of Wildlife Conservation in the Department of Fisheries and Wildlife. The center’s primary objective is to respond to these types of emerging conservation challenges.

Partnering with the Michigan Department of Natural Resources (MDNR) and The Hal and Jean Glassen Memorial Foundation, Porter and his team began a series of CWD projects — from collaring and tracking deer to building quantitative models — to answer questions about how best to respond. Sadly, while the science progressed, Porter was diagnosed with cancer in 2019 and died in October 2020.

David Williams, an assistant professor and interim director of the QWC, is the principal investigator on the center’s CWD projects and began working with Porter on the disease in 2005 when the two were in New York.

“Bill was a great scientist and a wonderful leader,” Williams said. “I’ve learned so much from him over the years. He laid the foundation for much of the work we’re doing today, and we’re hoping to carry his legacy forward as we address an issue with so much potential to irreparably harm the landscape.”

The group is collecting tracking data via GPS collars to learn more about deer movement. Led by doctoral student Jonathan Trudeau, researchers collared 45 deer from January 2020 to March 2020 before activities were halted by the coronavirus pandemic. A total of 75 deer — some from previous years’ efforts — are currently being tracked.

But monitoring is only one piece of the puzzle. In addition to tracking, scientists need data on where CWD is by testing animals killed by hunters and other dead specimens such as those on roadways. Williams said that along with collecting their own data, using information from CWD-endemic areas provides valuable insight as to how the disease can spread.

Overall, researchers are seeking to gain a more thorough understanding of the myriad dynamics that influence deer movement and, therefore, disease distribution. This is what excites Williams, and he believes sophisticated models that run simulations hold the key.

“Traditionally, researchers might have tried a random sampling technique, looking at a wide-ranging geographical area to see where a disease like CWD is prevalent,” he said. “It’s important to collect information from the field and know where the disease is, but we can’t realistically collect enough field data to make educated guesses about disease dispersal throughout Michigan.

“In this case, randomization isn’t very effective because we know the disease isn’t random. Deer exhibit complex behaviors and have social structures. Their movements are often dictated by this. We believe these behaviors, along with other environmental factors and human activity, must be considered.”

Looking at all the data

The QWC utilizes agent-based modeling, in which deer are the agents. Simulations are run based on data of disease prevalence, population size, movement, type of landscape and several other criteria. The models are able to introduce deer interactions, varying environmental conditions, potential disease clusters or other elements researchers want to test. Once these inputs are added, the team can simulate the effectiveness of various management plans.

Noelle Thompson, a doctoral student in the QWC developing a model with the help of field data, is evaluating three primary issues around CWD management: cost, public perception and an abundance of uncertainties.

Thompson said that because there are no treatments for prions in the environment, agencies must take a long-term view toward management. She’s working to assign a dollar value to several possible strategies.

Since all current recommendations involve culling CWD-infected deer, for example, Thompson is also investigating how public perception of tactics such as sharpshooting affect an agency’s willingness to pursue them.

Lastly, Thompson is quantifying the variability of compliance to management plans among hunters and land owners. To do much of the necessary deer tracking or to implement management approaches, scientists must gain access to privately owned land, which requires permission. Hunters must also adhere to baiting bans or antler-point restrictions. Thompson said neither group’s full compliance is guaranteed, and previous models make the erroneous assumption that it is.

“This is more complicated than simply finding a way to successfully combat CWD,” Thompson said. “There’s a human aspect that I’m trying to assign value to and incorporate.”

So far, the QWC models have been used to assist the MDNR and the Natural Resources Commission in assessing the potential for antler-point restrictions to impact the spread of CWD. The models have also indicated that if CWD is clustered on the landscape, the number of samples needed to detect it is much greater than previously thought. In response, the MDNR has ramped up its efforts, testing more than 50,000 deer in the last two years.

Jonathan Cook, who recently earned his doctorate in fall 2020, sought expert knowledge to help identify disease risk, and his modeling efforts are being used by wildlife managers across the Midwest to improve CWD surveillance. He is now a postdoctoral research associate at the U.S. Geological Survey’s Patuxent Wildlife Research Center in Maryland.

Sonja Christensen, a former research associate in the QWC, continues to engage with CWD in her new role as an academic specialist in the Department of Fisheries and Wildlife, including a new project aimed at gauging hunters’ willingness to adopt management practices.

Although the models are still being refined, Williams is encouraged by what his team is uncovering.

“I’m really proud of what we’re accomplishing,” Williams said. “When I started working on CWD in 2005, these models are what I wish I had. It’s the future of large-scale disease surveillance and gives us a framework for creating real-world strategies.” 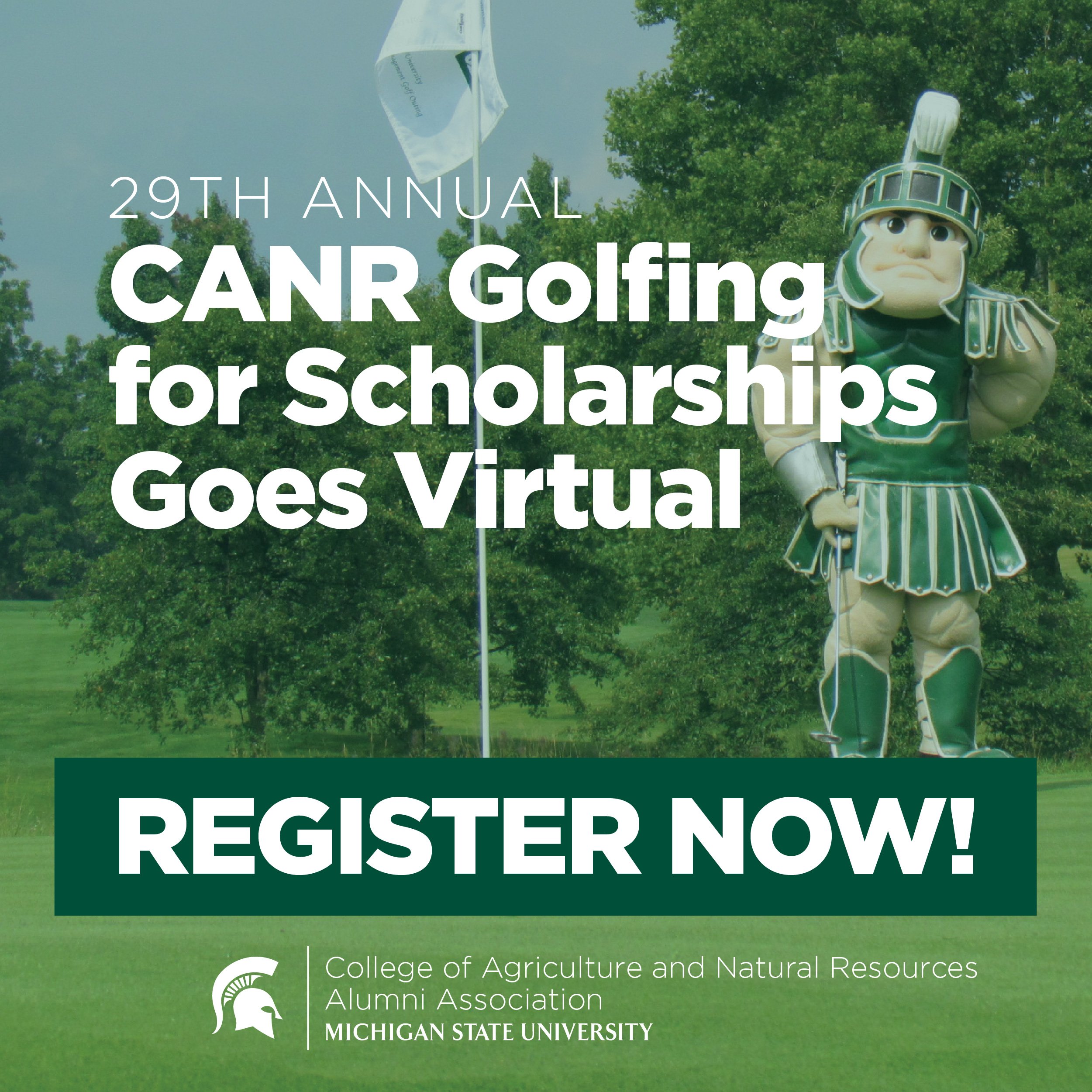 Remembering a true champion of conservation

Examining the impact of climate change on freshwater fish