Learn the symptoms of toxic seed piece syndrome, a physiological disorder to potato fields that has been reported recently in Michigan.

Early symptoms include interveinal chlorosis and interveinal discoloration or spots (Photo 1) that may be confused with Alternaira alternata, which is the pathogen causing brown leaf spot. Marginal and interveinal necrosis or bronzing may occur, along with rolling of the leaves (Photo 1). 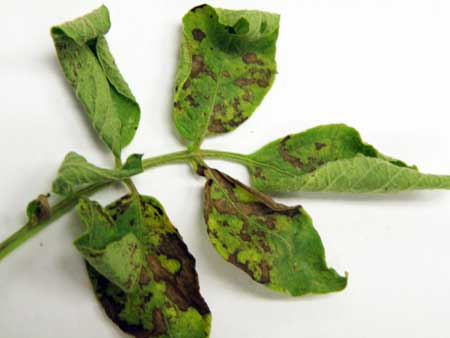 Photo 1. Curling of the leaves and interveinal chlorosis, necrosis
and bronzing (symptomatic expression).

Later symptoms can result in early senescence of the potato plant, similar to that of other wilt diseases (Photo 2). Later symptoms normally occur after periods of hot, dry conditions followed by wet conditions, followed by periods of hot, dry conditions as experienced in Michigan during the 2012 growing season. Plants showing these symptoms generally have a decaying or rotten seed piece attached to or around the root systems. Difficulties may occur in the diagnosis of TSPS as there are no known analyses for confirmation of the disorder. 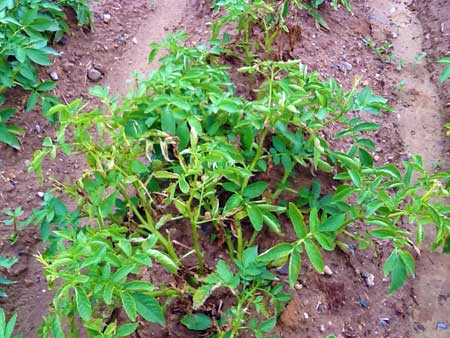 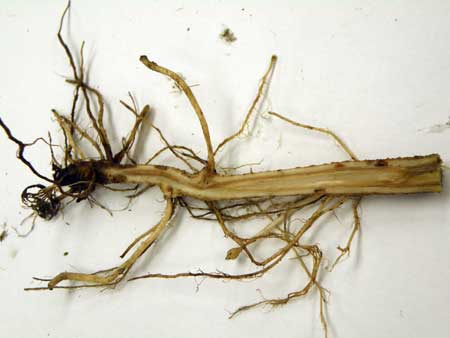 Photo 3. Vascular discoloration observed on the primary root
and stem. Discoloration or browning can be seen on the root cap,
where the seed piece was attached to the stem.

Symptoms are commonly first observed in the low areas of the field, where soils are heavier and saturated (Photo 4). Symptoms can rapidly develop in all areas of the field (Photo 5) under favorable environmental conditions, especially when irrigation has been frequent and intensive (i.e., 1 inch every three to four days). 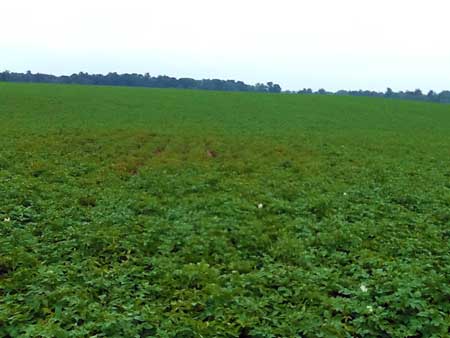 Photo 4. TSPS first observed in the low areas of the field, where
soils are wetter. 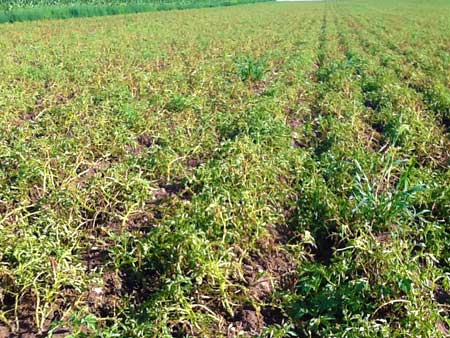 The exact process and pathway of TSPS is unknown, although in Michigan we have seen a distinct difference between “new” and “old” potato ground. Fields with a history of potatoes tend to show more symptomatic expression of the disease in the plant and foliage.