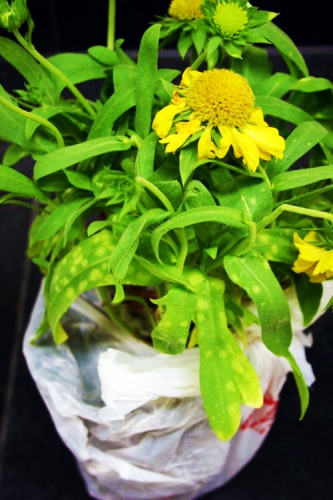 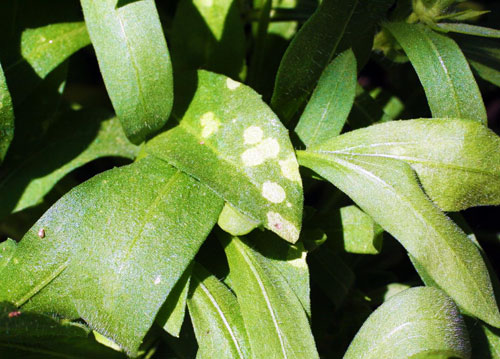 Close-up of spots on Gaillardia plant caused by white smut.

This disease is caused by several related fungal pathogens in the genus Entyloma. Spores are produced on the surface of the lesions. Additionally, a resting spore is produced later in the season inside the diseased foliar tissue.

Where feasible, diseased foliage should be removed and destroyed. Plants in greenhouses may need fungicide applications for good disease control. Landscape plantings benefit greatly from having the foliage completely removed at the end of the season. The disease has been seen with increasing frequency in the past few years. There may be some variation in cultivar susceptibility; disease has been documented on the cultivars ‘Goblin,’ ‘Baby Cole’ and ‘Fanfare.’

Michigan awash with Phomopsis cankers on spruce trees and seedlings