April 1 is quickly approaching and the red maple flower buds are swelling here in East Lansing, Mich. Four important pests become active very early in spring when we get the first week of warm, sunny weather. This usually happens in early April, although last year (2012) it happened in mid-March. Here is what Michigan State University Extension says you can do in April to prevent problems later in the year.

These two weevils proliferate on dead and dying conifers. When trees die, they move to surrounding trees, usually attacking the weakest ones first. Because of the extensive drought-stress we had last summer, there are many dead and dying conifers in the landscape and in nursery and Christmas tree fields. These trees should be removed and chipped or burned in early April before the next generation of weevils begins to emerge. 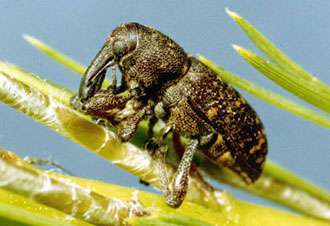 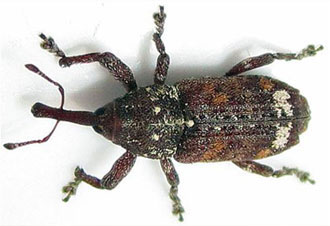 Zimmerman pine moths, along with Diplodia, are the biggest killers of weakened Austrian and Scotch pines in the landscape. Providing trees with frequent irrigation during dry periods may be the most important way to keep them healthy and free of Zimmerman pine moths and Diplodia. However, once they become stressed, these two problems combine to slowly kill trees. In addition to irrigation, treating pines and sometimes spruce with a trunk and branch spray in early April and early May can protect them from Zimmerman pine moths. The bark on the trunk and larger branches (more than 3 inches in diameter) must be coated with the insecticide spray. Products that can be used for this include Talstar and Sevin at the bark beetle rate. 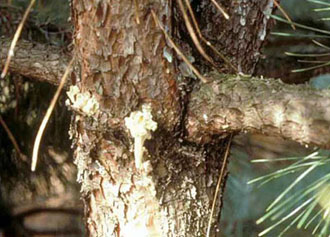 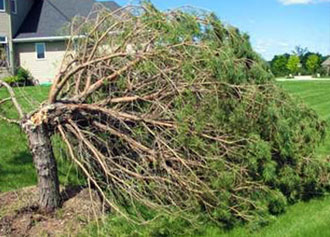 Christmas tree growers are very familiar with this weevil and the dead leaders that can result from an infestation. Landscapers may not be as familiar with white pine weevil, but it is also a common problem in landscape pines and spruces as well. If you observed some dead leaders on pine trees last year, you may have this problem. The best way to prevent damage is to spray the terminals of infested trees and nearby pine trees in early April with Talstar, Astro, Tempo or another synthetic pyrethroid insecticide. An excellent Colorado State University Extension bulletin called “White Pine Weevil” is available online. 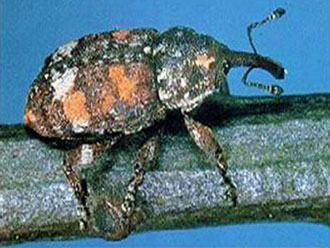 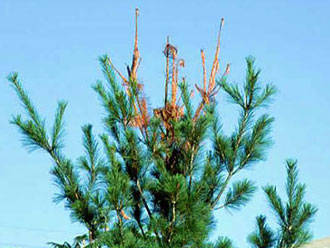 Dog tick season is upon us

Serpentine mines in columbine leaves caused by a leafminer