Wheat update for Southwest Michigan in 2014

Wheat is off to a slow but encouraging start in Southwest Michigan.

If growers were to sum up the 2014 growing season, it might be "cold." When it comes to describing the wheat crop, that word probably should be "late.” Much of the wheat was planted behind schedule last fall due to delays in the soybean harvest. Add in the early and often occurring snowfall, and you pretty much have what we see in the field right now: small plants. The good news is that most of these smaller than normal plants seemed to have survived the winter fairly well. The one exception to that is areas where water tended to set in the fields, which show significant stand loss.

How will the wheat crop here turn out? Two factors may play a significant role in that determination. The later-planted wheat had much less of an opportunity to produce tillers in the fall, which is an important component in producing grain. To combat this, growers generally plant much higher populations in later-planted fields. Individual plant populations need to be much higher to produce the desired number of heads for grain yields. Michigan State University Extension recommends growers evaluate fields for adequate stands in the next seven to 10 days.  Click on the link for a discussion and table for plant population levels and yield potentials. 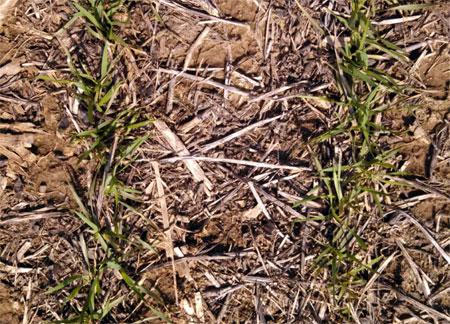 Nice field of no-till wheat that, while small, has enough plants to be able to reach a good yield potential.

Beyond plant stands, the other factor that could impact the yield potential will be the weather. If we see a return to seasonable temperatures, we should see rapid growth and development of the wheat crop. Continued cold and wet conditions may lead to stodgy spring growth and worsening yield potential. Growers should evaluate their fields for plant populations, stand losses in wet areas and new growth to decide if the stand is worth keeping or should be tilled under in favor of corn or soybean production.

Last weekend's rainfall totals, while not insignificant, were not as bad as anticipated across the southwest region. Much of the heavy rainfall and severe weather occurred from Grand Rapids, Mich., northward. Limited rainfall totals in the southwest should allow for soils to dry out quicker across the region and perhaps for larger scale fieldwork and even early planting beginning shortly after Easter weekend (April 19-20). 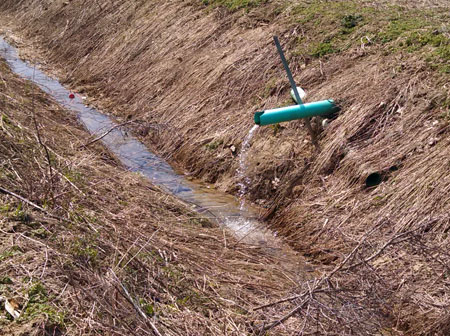 Drain tiles are working overtime this spring to help dry out soils for spring planting.

In looking around at fields, there will be plenty of challenges to try to correct following the wet harvest conditions last fall. Those wet conditions created areas of compaction from harvest operations. There are also plenty of washouts from last November’s late bout of severe thunderstorms. While we can work on fixing some of the challenges caused by last fall’s wetness, let's be sure that soil moisture levels are dry enough for tillage before working fields as this can make a bad compaction problem much worse. 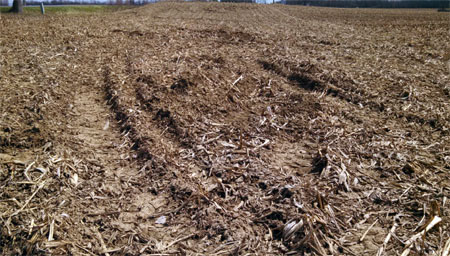 Wheat on wheat or not?