Where are all the monarch butterflies in Michigan in 2013?

The population of monarch butterflies in Michigan appears to be far lower than normal in 2013, but there is time for recovery yet this summer.

The monarch butterfly, Danaus plexippus, is one of the most widely recognized butterflies in the United States. Its fantastic spring and fall migrations capture the attention of all who appreciate the marvels of nature. Because of the great interest in this creature, any year in which the population seems to be lower than normal raises the attention of the public. The number of monarch butterflies in Michigan at this point in 2013 appears to be far lower than usual, and there are a couple of good explanations from Michigan State University Extension for why this is so. 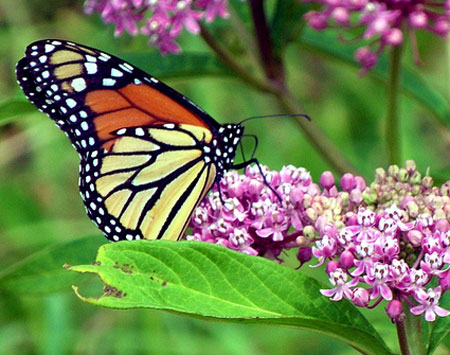 None of the stages of the monarch butterfly can withstand freezing temperatures, so there is never a residual in-state population in Michigan to start off in the spring. The source of all monarchs for the spring migration into the eastern United States is an over-wintering population of adult butterflies in Mexico, where hundreds of millions of monarchs hang from the trees for the winter months. Researchers estimated that the 2012-2013 over-wintering population was only around 60 million butterflies, which is 80 percent below the average of 350 million; drought and excessive heat in northern monarch breeding areas in 2012 resulted in far fewer monarchs to make the fall migration to Mexico. 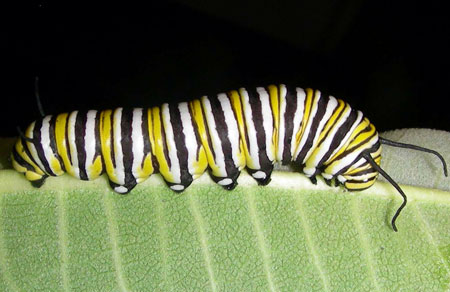 The very slow start of spring in 2013 delayed the arrival of migrating monarchs. In a normal year, adult monarchs that over-wintered in Mexico begin the trip northward, arriving in southern states in the early spring. These individuals lay eggs on milkweeds and die off; it is their progeny that continues the northward migration once they reach the adult stage. Spring was cool throughout the eastern states in 2013, resulting in slow development of the second generation of monarch butterflies. The cumulative impact of these two factors reduced and delayed the population of monarch that eventually migrated into Michigan.

I’ve received many observations on the 2013 monarch population from professional and avocational lepidopterists, or those who study butterflies and moths, and from concerned citizens. The consensus opinion is that the number of monarchs in Michigan at this time is indeed quite low, but there is still enough summer left for the population to increase significantly if conditions favor the next generation of monarchs. Conditions that would lead to a butterfly population comeback include adequate rainfall, seasonal temperatures and keeping milkweed plants healthy for the rest of a long growing season.

For more information on the life history and migratory habits of the monarch butterfly, see The King of Butterflies – The Monarch Butterfly.

Do not release invasive species: Part 1