“Plant mating systems in the driver’s seat: from agriculture to evolution”

Abstract: Mating systems in plants are either outcrossing, in which mating between two genetically diverse parents is required; or inbreeding, in which a single parent can self-fertilize. Self-incompatibility (SI) is a genetically determined system that enforces an outcrossing mating system. SI impacts agriculture by impeding the development of inbred lines for plant breeders, predictable yields for producers, and uniform quality for consumers. SI factors can also act in the interspecies reproductive barriers (IRBs) that prevent hybridization between species, and therefore mutations in SI factor genes can abrogate both SI and IRBs. For example, most wild tomato species are SI due to an S-RNase-based gametophytic SI system. However, mutations in the cultivated tomato have resulted in a self-compatible (SC) mating system and have also eliminated IRBs, allowing the development of true-breeding tomato lines with biotic and abiotic stress resistance traits introduced from wild species. We have documented multiple independent pathways leading to SC, and their effects on IRBs, throughout the tomato clade. Our studies in wild tomato Solanum habrochaites have clarified the evolutionary impact of mating system transitions from SI to SC. First, since the ability to self-pollinate provides reproductive assurance, the genotype of selfing individuals will dominate as species migrate into novel environments. Additionally, the mutational loss of pollen SI factors creates a unidirectional barrier to gene flow between a parent SI population and a derived SC population. Our results illustrate the contribution of mating system transitions to reproductive isolation between populations, an essential step in the process of speciation.

Abstract: Doubled haploids (DH) have been known in the literature for decades. Various methods of producing DHs have been employed widely for genetic gain in plant breeding programs for a few crops. Moreover, this provides a system for enhancing biological understandings in breeding and cell biology areas. Most recently, haploids and DHs are considered tools for incorporating targeted breeding in crop species. Past research focused on protocol developments using either chromosome elimination techniques or tissue culture methods. Advancements in technological space, especially in cell biology and digital tools make it possible to envision rapid advancements in this space. A few examples will be discussed.

"Exploring the repeated evolution of sex chromosomes in plants" 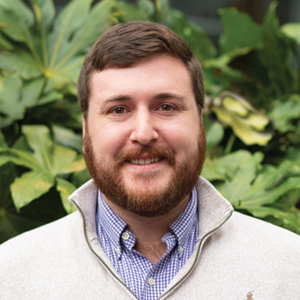 Abstract: Sex chromosomes have evolved hundreds, if not thousands, of independent times in plants. However, sex chromosomes have remained some of the most elusive and challenging aspects of both plant and animal genome assembly. Consequently, our understanding of sex determination in dioecious plants is limited to just a small handful of model plant species. With a new sequencing and bioinformatic approach called “Cytogenetics-by-Sequencing", we are now able to inexpensively characterize XY and ZW sex chromosomes in new plant and animal species from both living and herbarium tissue. We use this approach to broadly survey sex chromosome evolution across flowering plants, followed by PacBio HiFi sequencing and Omni-C scaffolding of heterogametic sexes to build the first fully-phased and perfectly contiguous sex chromosome assemblies in plants, and identify putative candidate sex determination genes across the angiosperm phylogeny. Our phylogenetic approach to the diversity of sex chromosomes is revealing a deeper layer of the structural complexity and evolutionary diversity of sex determination in plants.

Abstract: Apomixis, or asexual reproduction through seeds, is a reproductive trait that occurs in wild relatives of some crop species.  The trait would be a valuable breeding tool if it could be installed in crops that demonstrate hybrid vigor, since it would allow recurrent seed propagation from F1 hybrids.  Our current knowledge of how to achieve this goal is based on molecular genetic study of natural apomicts along with a deeper understanding of the genes that control meiosis during sexual reproduction.  Apomixis requires the avoidance of meiosis to eliminate recombination and chromosomal reduction, development of an egg into an embryo with uniparental genome contribution, and coordinated development of endosperm for seed maturation.  Currently the most promising route for developing apomictic cereals is a combination of MiMe (mitosis instead of meiosis) and parthenogenesis using a BabyBooM-Like (BBML) gene.  This presentation will provide background information on apomixis, describe the discovery and utility of a parthenogenesis gene in plants, and relate recent developments that bring us closer to the goal of apomictic crops.