Courtney Cuthbertson, MSU Extension community behavioral health specialist shares what we know about the opioid epidemic and how family and community members can help. 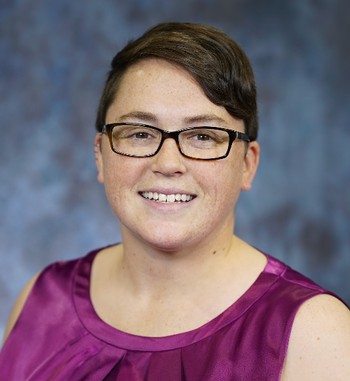 The Opioid Epidemic: What We Know and What We Can Do to Help Transcript

Jeff Dwyer: According to the National Institute on Drug Abuse, every day more than 115 people in the United States die of an opioid overdose. That includes addiction to prescription pain relievers, heroin, and synthetic opioids, such as fentanyl. The cost of this epidemic goes beyond its death toll. It goes beyond the economic burden which the Centers for Disease Control and Prevention says is nearly an $80 billion expense annually in the United States.

I'm Jeff Dwyer, director of Michigan State University Extension. My guest on Partnerships and Peninsulas today is Courtney Cuthbertson. Dr. Cuthbertson leads the MSU Extension behavioral health team. She and her colleagues have been offering educational prevention programs to raise awareness around signs and symptoms of opioid misuse and the impact on Michigan communities. Thanks for joining us today.

Cuthbertson: Thanks for having me.

Dwyer: Well, thank you for being here. Courtney opioids and the impact is really quite tremendous and quite widespread. Could you maybe start by telling us a story you have heard about during the course of your work in this area?

Cuthbertson: Absolutely. Stories come up, sometimes in the most unexpected ways or unexpected places. As my team and I were just out in the community, we ran into someone who was looking for some resources and happened to start a conversation with us, and we shared the work that we're doing around education for people in Michigan communities around opioids.

Little did we know that this is someone who had lost a child to the opioid crisis. She shared with us that her son was a high school athlete, very successful, really enjoyed being athletic and engaging in sports. Unfortunately, he sustained an injury while he was engaging in his sports, and he was prescribed an opioid medication to help him overcome that injury.

His parents didn't realize at the time that he had become addicted to those medications. He continued in athletics through college, but the addiction was to the point whereby age 22, he had unfortunately died of an overdose.

Dwyer: Talk a little more about the impact that opioids have on the body, and what some of the signs and symptoms that people maybe should be looking out for.

When we're thinking about the impact of opioids, a dose of heroin would result in 950 nanograms per deciliter of dopamine in the brain. You can see just from those levels that's a pretty extreme response for the body to have.

For someone who's using opioids, they might be less sensitive to pain than they normally are. For someone who's misusing opioids, you might notice that someone is moving slower than normal. They might have slurred speech and lack of attention to the people or things around them. They might seem that they're feeling unusually excited or happy or high. It's also possible that they would lose interest in activities that they normally enjoy. Perhaps they feel hopeless or confused. There are a lot of different signs or symptoms that might come up when we're talking about opioid misuse.

Dwyer: Sometimes we think about various substance use and addiction issues as being, some people might say, a city problem, or it might be focused on a particular area or group of people. What makes the opioid crisis different in that regard?

When we look at the data about the opioid crisis, one of the statistics that people like to look at is the rate of prescriptions that are given out in different counties. When we actually look at that data by what type of community it is, we can see that there are more opioid prescriptions given out in rural communities than there are in urban or suburban ones.

Cuthbertson: Yes, so per 10 thousand or 100 thousand people, the rate of prescriptions is higher in rural counties.

Dwyer: One of the things you and your behavioral health team are doing as part of Michigan State University Extension to address this issue is working directly with communities to create community conversations around the opioid crisis and how to make information available and how to help people. Could you talk a little bit about that?

Cuthbertson: Absolutely. There are a number of things that we're trying to do to really connect with communities and get these conversations going. We know that stigma is a real issue. That a lot of people feel hesitant to talk about opioid misuse and addiction if it's facing them or a family member. Engaging communities in these conversations is critical.

One of the things that we're doing is giving presentations around the opioid crisis. That would include information around what opioids are, what those signs and symptoms of misuse are, what it looks like, what the crisis looks like in Michigan communities as well as around the United States. Then what some different things are that people can do individually and then with others in their community to lessen the impact of opioid misuse and the opioid crisis.

We take with us when we do these presentations a display cabinet that we have. It looks like a medicine cabinet. On the inside, we have little pill bottles or prescription bottles that have a label with a question about the opioid crisis, and the inside contains an answer about that question.

In addition, we are hosting a number of film screenings and panel discussions around the state. We will show a documentary film, and it is about the opioid crisis and tells the story of people who have been impacted. Maybe people who have used opioids and misused opioids, or the stories of family members who have lost loved ones.

After the documentary film screenings, we engage with a panel of locally relevant stakeholders, community leaders, so that could be a prescribing doctor, emergency room doctors, maybe people who are involved in criminal justice, police, prosecutors, lawyers. Also, people who are in recovery themselves as well as those family support networks. We've had some panelists who are from the organization, Families Against Narcotics.

We really work on getting a discussion going about what the opioid crisis looks like in that specific community and engage with the audience in getting some questions answered that they might have around what they can do in their community. The film screenings and panel discussions help to open up that dialogue in communities around what people can do and help for community members to be able to see and understand what the crisis looks like right where they live, work, and play.

Dwyer: As people learn more about opioid addiction and the impacts, it may touch them personally or may be impacting their community. Where can they go for help?

Cuthbertson: When we're thinking about where people can go for help a good start is to talk to a family doctor. A family doctor might be able to provide that help. There are also a number of different organizations that might be useful. I mentioned Families Against Narcotics, which is a grassroots organization made up of families who have experience with opioid crisis. A lot of those family members, some of them will run different support groups to be able to share information and share what their experiences have been like. They will also know about different resources in their community.

Dwyer: Courtney, we have lots of great partners around the state, but if listeners want to learn more about how can they make a difference, what might some of those things be?

Cuthbertson: If someone is interested in making a difference related to the opioid crisis, there are a lot of things that one might be able to do starting with something as simple keeping medications locked up safely at home. That can be medications for oneself, one's family members, and even for pets or for farm animals. That's one thing.

Another thing that people can do is make sure that they take their unused or expired medications to a drug take back event. Those are often hosted by Michigan State Police, and sometimes hosted by different pharmacies or health care organizations, so making sure that those are disposed of properly. We do not want to see medications ending up in the trash or going down the drain. Those are just two things individually that people can do.

Within their communities, people can start conversations around the opioid crisis. If someone's been impacted, they can share their story, and that can help to lessen stigma and make it feel for other community members that this is okay, other people do care. We need to have conversations around this issue. We can also encourage community members to create local coalitions or get involved in a local coalition related to substance misuse prevention.

Dwyer: Just to reinforce the importance that you're placing on appropriately guarding access to prescription drugs that we may have in our homes. I read not too long ago that one study indicated that over 40 percent of medicine cabinets in people's private homes are gone through by someone else on a fairly regular basis.

Cuthbertson: Oh, that's interesting. We know that of the folks who misuse prescription opioids about 50 percent are getting those for free from family or relatives. Those statistics don't quite tell us the full story, but I could imagine that someone says, "I'm not feeling well," and we want to take care of each other. We want to be able to care for the people that we care about.

We know that, as I mentioned, 50 percent of folks who misuse opioids receive those opioids for free from family or relatives. We know that from the same study only around 5 percent have stolen those drugs from family or friends. About 5 percent have bought the drugs from a stranger or maybe a drug dealer and about 20 percent receive the prescription from one or more doctors.

Dwyer: That's very interesting and certainly statistics that we should be thinking about as we manage our homes and manage the access to prescription medications. Courtney, if people want to learn more about what we're doing at MSU Extension and how we might be able to work with them and help them, how can they get in touch with us?

Cuthbertson: A great way to get in touch with us is to visit our website at msue.msu.edu and just put in the search box the word opioids, and you'll be able to find out a lot more about what we're doing.

Dwyer: Terrific. Thank you very much. This is Partnerships and Peninsulas. My name is Jeff Dwyer, and I'm director of Michigan State University Extension. My guest today has been Dr. Courtney Cuthbertson, and we've been talking about opioids and the impact on individuals and communities in the state of Michigan. Thank you very much for being with us today.