Turfgrass researchers have long extolled the benefits of proper mowing and fertilization practices to maintain vigorous and healthy turfgrass surfaces. Proper cultural practices (mowing, fertilization, irrigation and cultivation) allow turfgrass stands to compete with weeds, tolerate insect feeding, and better recuperate from disease, drought and traffic. As participation in recreational and interscholastic sports continues to increase and the limited numbers of already well-used and tired fields become overused, unplayable and even unsafe, enhancing the recuperative potential of the turf with proper maintenance practices becomes even more important to field performance.

Until recently, however, the effect of cultural practices on the performance of a turfgrass stand had not been studied in a way that made possible a cost-benefit analysis. It is often said that increased mowing frequency and judicious fertility will “improve” a field or make it “better”. But it would be difficult for school administrators or municipal officials to justify allocating funds to make the soccer and football fields “better” without knowing what “better” is. Researchers at MSU have measured critical field performance characteristics (density and recovery) as affected by various cultural practices and combinations of cultural practices and determined the cost of such combinations on a per field basis. Knowing the return on investment should allow school administrators and municipal officials to make informed decisions about the maintenance of their athletic fields.

Studies conducted by MSU examined the basic cultural practices of mowing frequency (one or two times per week), fertilization program (medium/infrequent, medium/frequent, high/frequent) and core cultivation (never or two times per year). Two traffic simulators were used to impose realistic wear on the plots during the fall of each season. The Brinkman Traffic Simulator (BTS) (Figure 1) was used to simulate the typical wear of a soccer game, and the Cady Traffic Simulator (CTS) (Figure 2) was used to impose typical wear between the hash marks and between the 30-yard lines of a football field, where previous estimates say that 80 percent of a football game takes place. Traffic was applied to half of each plot between the last week of August and mid-November, simulating a total of 25 games. 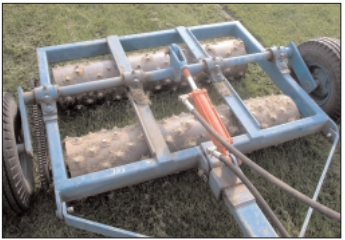 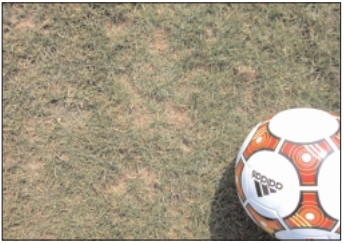 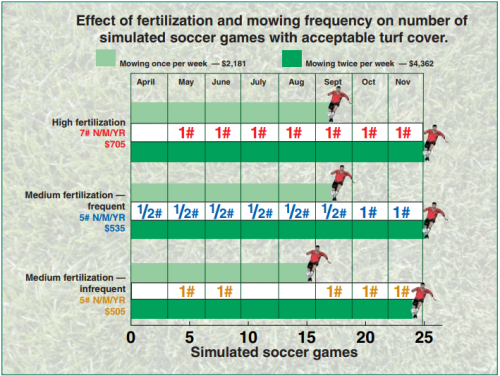 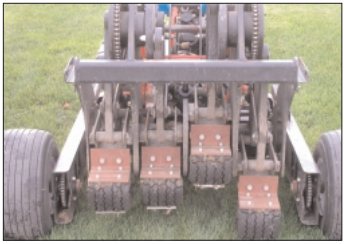 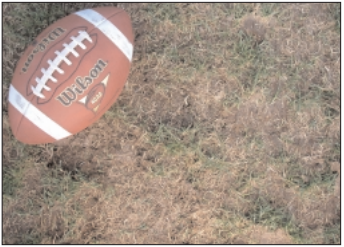 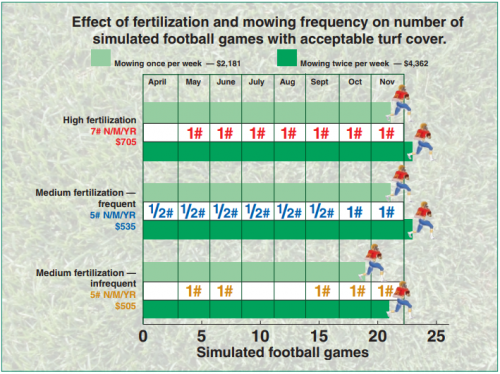 In the MSU study, plant density was determined weekly throughout the period of simulated traffic. The results of the research indicate that employing proper cultural practices throughout the growing season can extend acceptable field quality two to five weeks in the fall.

The limiting factor for athletic field performance is plant density. The higher the plant density at the beginning of the sports season, the longer the field will hold up to traffic. Mowing more frequently (two to three times per week) and increasing the fertilization regime (5 to 7 pounds of nitrogen per 1,000 square feet per year) will increase turf density during the critical recuperation period of April-August. Consistent mowing and fertilization can lead to a 25 percent increase in potential field use.

The major objectives of this research were to determine the most effective maintenance practices for increasing field performance, quantify increased field performance (expressed in number of games) and estimate the costs associated with maintenance practices. The estimated costs for each treatment are given in Table 1. It is our hope that this information will be useful to school administrators budgeting for athletic field maintenance and scheduling field usage.

1Amounts are for one standard football field (2.2 acres).
2Mowing frequency = 1x or 2x per week; fertilizer regime = medium, infrequent fertilization (MI), medium, frequent fertilization (MF) and high fertilization(H).
3Mowing cost is for 29 weeks (May 1 through November 16 ) at $37.60/hour (national average cost). Includes labor and maintenance for estimated 2 hours to mow the average football field.
4Labor costs are estimated to be $10/hour and supply cost is based on using six 50-pound bags (applied at 1 pound of nitrogen) for each application and $15 cost per bag. Estimated 1 hour to fertilize the average football field.
5Three hours to cultivate an entire football field and labor cost $10 hour; maintenance costs, $250 year. Includes general maintenance as well as gas. Cost is if a core-aerifier is owned. If one must be contracted, add $3,000 for the entire season (2 applications) and subtract maintenance costs. 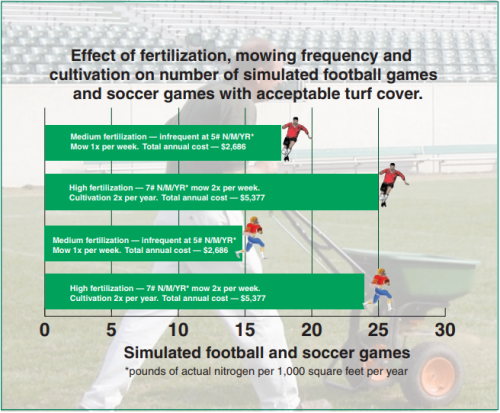