The bluedgrass billbug, Sphenophorus parvulus, is a weevil that occasionally causes extensive damage to home lawns in Michigan. These beetles are named because of their long snout or "bill" which ends in a set of small mandibles or jaws. Migrating adult billbugs may be seen in May or August on sidewalks, driveways or patios.

Billbugs in the lawn are generally not detected until the first signs of damage appear in July. 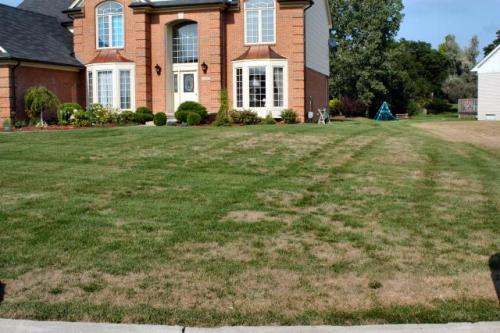 Circular to irregularly shaped dead pathes of turf scattered throughout the lawn in July and August.

Larvae may be present throughout the summer in small numbers. Peak density occurs in July. Adults that have overwintered may persist all summer but the new generation of adults (which will lay eggs in the spring) begin to emerge from small cells in the soil in early August. Soon after emerging, they seek out sheltered areas to spend the winter and an be observed on sidewalks, driveways and patios and near ground covers. There is only one generation per year.

The following signs can be used to diagnose billbug injury: 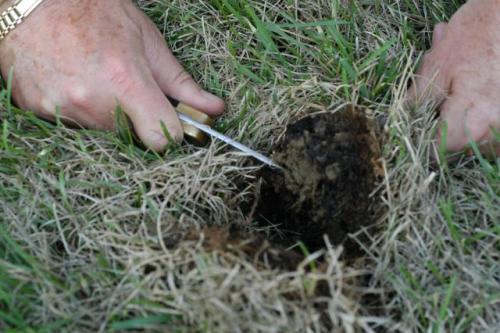 Grass in dead areas of lawn pull up easily and has hollow stems.

The period from July to early August is the most critical time for turf to be damaged by bluegrass billbug. At this time feeding activity is greatest and the turf is frequently under moisture stress.

Maintaining adequate soil moisture and nutrient levels during stress periods will maximize turfgrass vigor. Consequently, billbug damage will be less severe and the use of chemical pesticides may not be required. 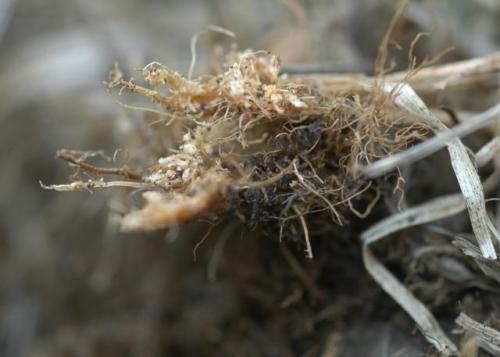 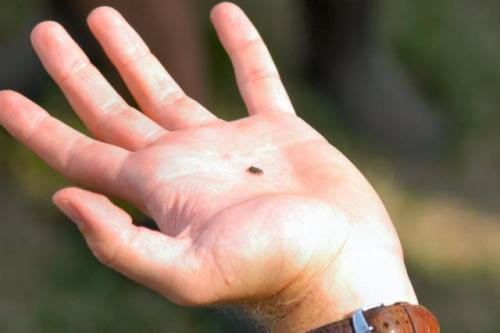