The goal of this bulletin is to provide basic information needed to identify, understand and control insect and disease pests of asparagus. Because each pest is different, control strategies are most effective when they are tailored to the species present in your production fields. For this reason, this bulletin includes sections on pest identification that show key characteristics and pictures to help you determine which pests are present in your asparagus. It is also necessary to understand pests and diseases in order to appropriately manage them. This bulletin includes sections on the biology of each major insect and disease pest. Finally, it also provides information on cultural and general pest control strategies. For specifics on the pesticides available for chemical control of each pest, consult MSU Extension bulletin E312, “Insect, Disease, and Nematode Control for Commercial Vegetables” (Order in the MSU Extension Bookstore section of http://shop.msu.edu/).

Purple Spot lesions close up and viewed on spears. 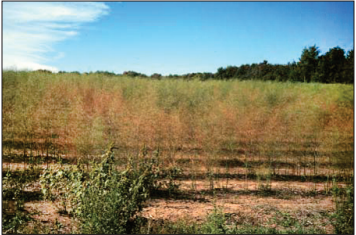 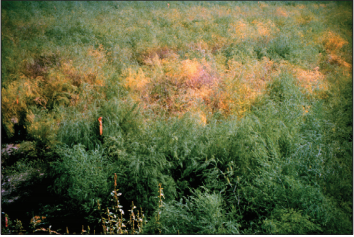 Rust evident in a field. 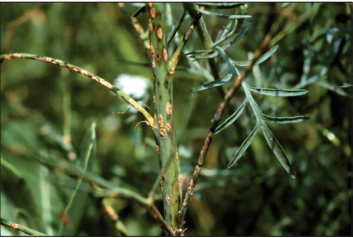 Rust on a stem.

Fusarium spores on a stem.

Fusarium growing from an asparagus miner mine.

Fusarium after one year. 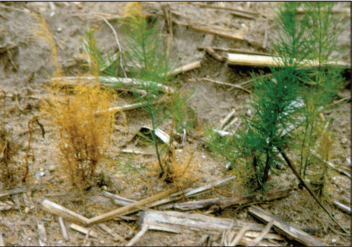 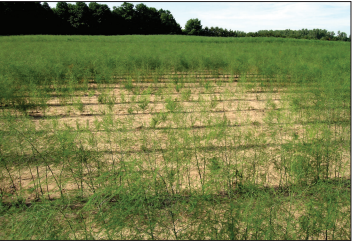 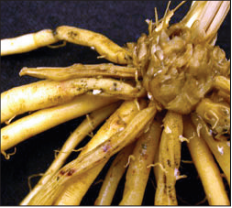 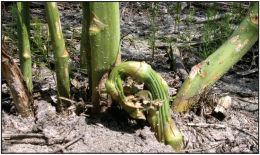 Shepherd's crook with shriveling (above) and watersoaking (below). 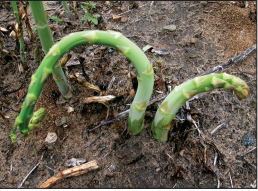 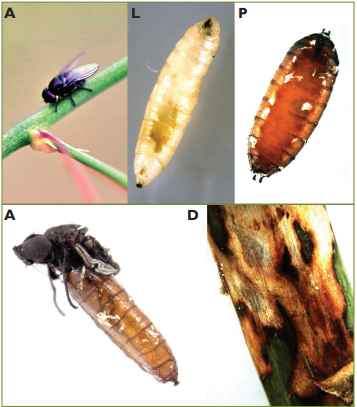 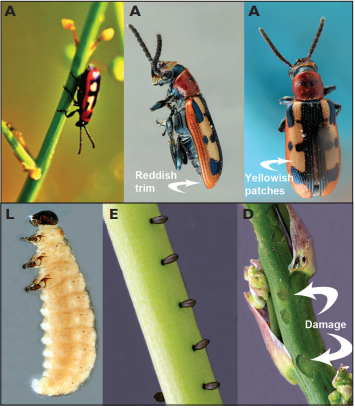 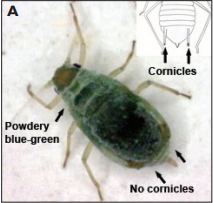 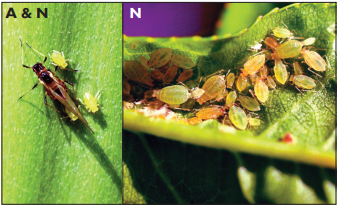 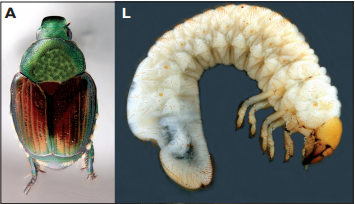 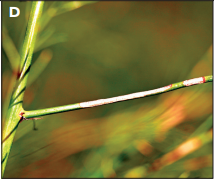 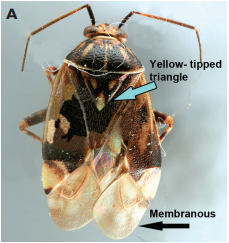 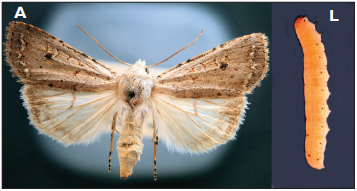 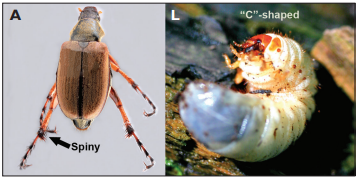