Eggs of the European pine sawfly are laid in slits on current year’s needles in late summer and fall. Larvae emerge the following spring to feed on two-year old needles. Look for young larvae as Amelanchier is blooming or redbud begins bloom in late April to mid-May.

Pine needle, where European pine sawfly eggs were laid the previous summer. The egg on the right is about to hatch. 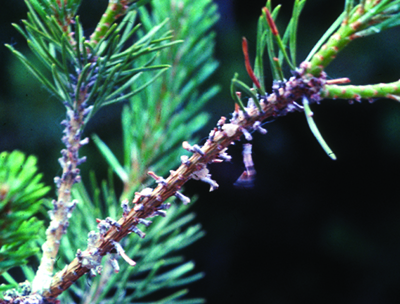 Larvae feed in groups; both larvae and their damage can be pruned out. Insecticides should be targeted to younger larvae. Remember, B.t. is not effective on sawfly larvae even though they resemble caterpillars.

Sawfly larvae, which resemble caterpillars, feed in a group, eating all the second-year needles before moving on to new branches. 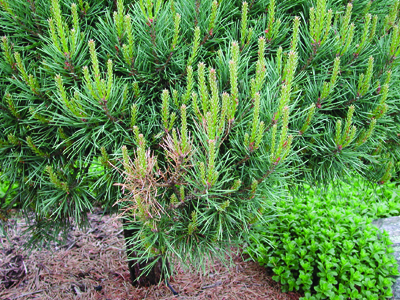 Print a PDF of this page: European Pine Sawfly