There are around 40 families of beetles that contain predatory insects. Two of the most important are the lady beetles and the ground beetles.

Lady beetles (both larvae and adults) are important predators of a number of soft-bodied insects and mites, including aphids, scales, and mealybugs. Lady beetle adults found in Michigan range in size from about 1 1/2 mm long for some of the small black lady beetles that feed on scales and spider mites to 4 to 8 mm for the more familiar orange or red lady beetles. The adult is 6 mm long. 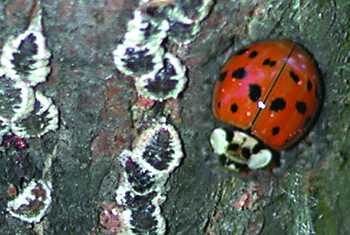 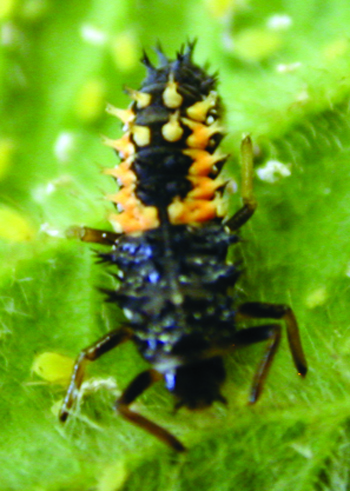 The multicolored Asian lady beetle, imported as early as 1916 for biological control of certain pest insects, has more recently earned a reputation as a ‘pest’ itself due to its tendency to overwinter in homes and other buildings. It is a prolific insect feeder during the growing season, and may be displacing native lady beetles. More information on multicoloured lady beetles can be found here.

The twice-stabbed lady beetle, Chilocorus kuwanae (not shown) is small and black with two red spots. The larva is black and spiny. It was imported from Korea as a biological control for euonymus scale, and is widely established in the United States. 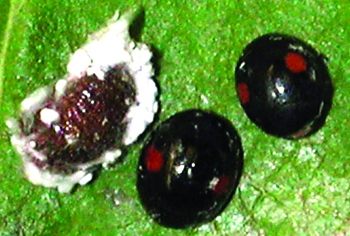 Lady beetle adults can be recognized by their broadly oval to nearly round shape, and short, clubbed antennae. Leaf beetles, which are plant feeders, have longer antennae without a club at the end. See references for more detailed information. 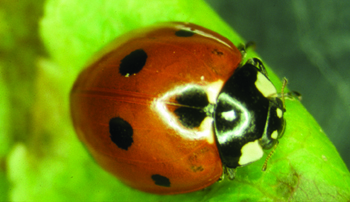 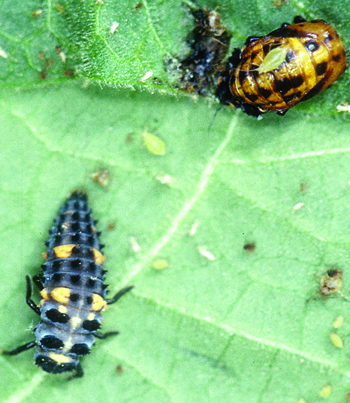 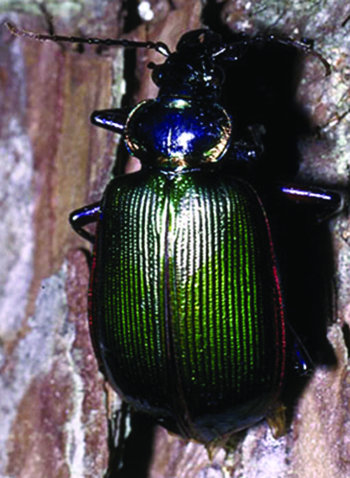 True bugs - There are around 21 different families of true bugs that contain predators. All true bugs have sucking mouthparts, formed into tubular beaks, which predators extend forward to stab their prey. Predators may also have enlarged front forelegs with spines for grasping prey. Only a few families are listed. 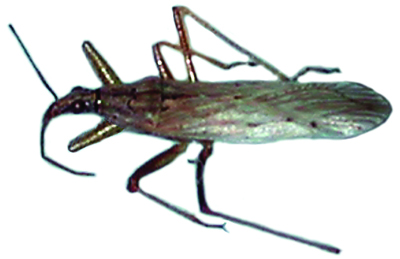 Assassin bugs - Both nymphs (shown here) and adults are predators on a variety of insects. They have long, narrow heads, and raptorial front legs for grasping prey. They vary from green to brown in color, and range in size from 12 to 36 mm long. They use their long beaks to stab prey, inject a digestive enzyme, and suck out the predigested body contents. 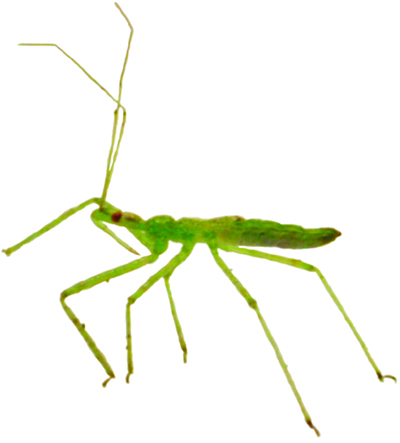 Print a PDF of this page: Natural enemies - Beetles