Among the abiotic stresses that limit plant growth, drought is the most complex and devastating on a global scale. Drought is an increasingly important constraint of crop productivity and stability worldwide due to climate change. With continuing yield losses due to an expected water scarcity, crops with greater ability to adapt to reduced water use are needed to cope with increasingly severe drought conditions. Drought, due to insufficient or unpredictable rainfall, has been identified as a bean production problem worldwide exceeded in magnitude only by bean diseases. Drought affects over 60% of dry beanproduction worldwide and is endemic in the major production areas of northeastern Brazil and north-central highlands ofMexico. In the U.S. over 50% of the bean production is grown under rainfed conditions that are increasing prone to intermittent drought, while beans cannot be grown successfully without supplementalirrigation in the western U.S. In 2010, bean yields in parts of Michigan were reduced by 50% when summer rainfall dropped by over 60% in these areas. Total rainfall in the Saginaw area averaged 464 mm or 270 mm below the average, with only 85mm falling during the growing season. Bean varieties varied dramatically in response, averaging from 41 to 77% less yield than normal. Developing high yielding drought resistant bean cultivars should help reduce associated production costs and stabilize yieldin drought-prone environments, while increasing profit margins forproducers. Intense drought conditions repeated again in 2012 (Figure 1).

Prior collaborative research focused on the development of genotypes with resistance to intermittent drought in highland Mexico (Schneider et al., 1997) and to terminal drought in lowland Central America (Frahm et al., 2004). Traits associated with drought tolerance were identified (Ramirez and Kelly, 1998) and drought tolerant germplasm that differed in rooting depth was identified by colleagues at Penn State (Henry et al., 2010). In addition, within the program germplasm that exhibits improved levels of drought tolerance has been identified by colleagues in semiarid production areas (Singh, 2007).

Our current research is to utilize GWAS for drought resistance in diverse germplasm panels.  The major goals of the program are to: expand greenhouse phenotypic screening protocols for drought resistance in common bean; relate physiological parameters with performance under drought; identify genotypes thatuse water efficiently, and can recover from extended dry periods; and identify QTLs associated with drought resistance in common bean that can be used for MAS to develop high-yielding bean varieties with tolerance to drought. Bean varieties developed in the MSU bean breeding program will be used for production throughout the U.S. and improved germplasm will be shared with bean research programs in developing countries in Latin America and East Africa through the Legume Innovation Lab project. (http://www.canr.msu.edu/legumelab//). 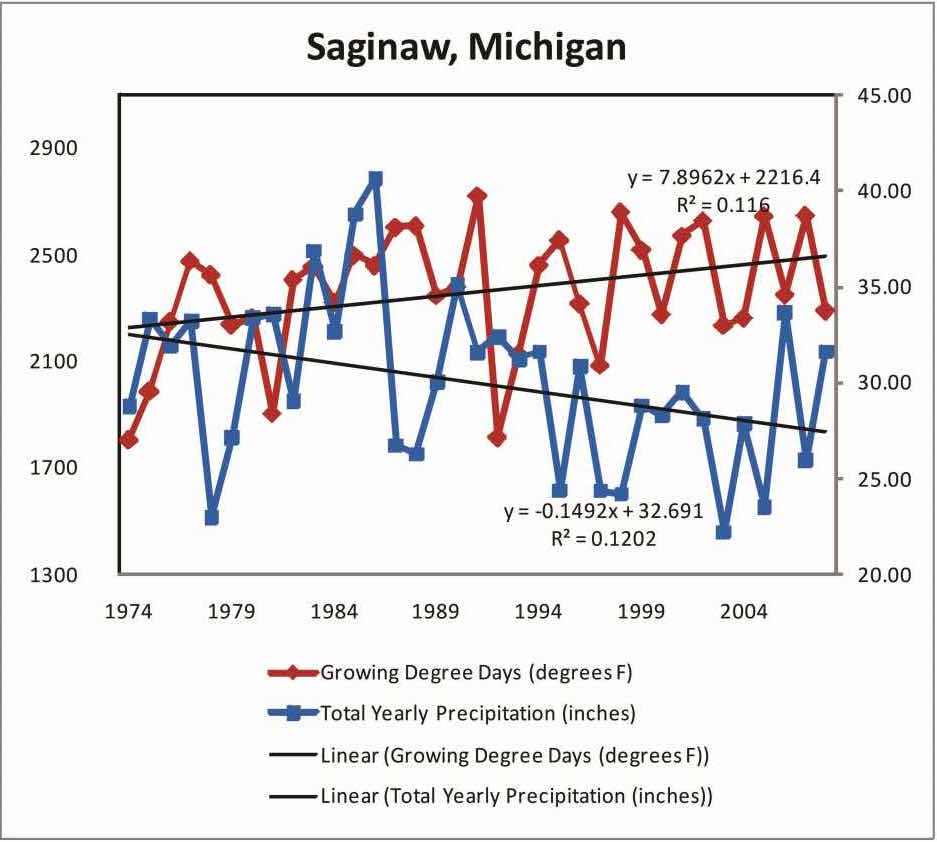 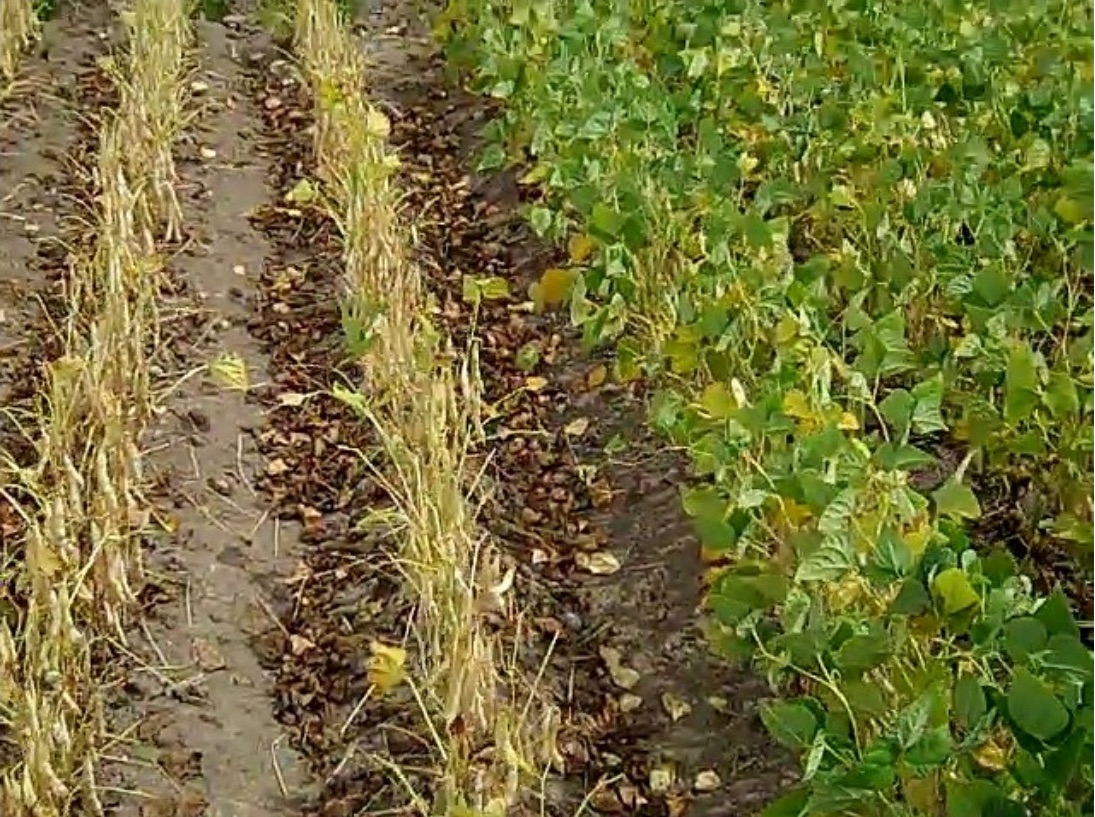 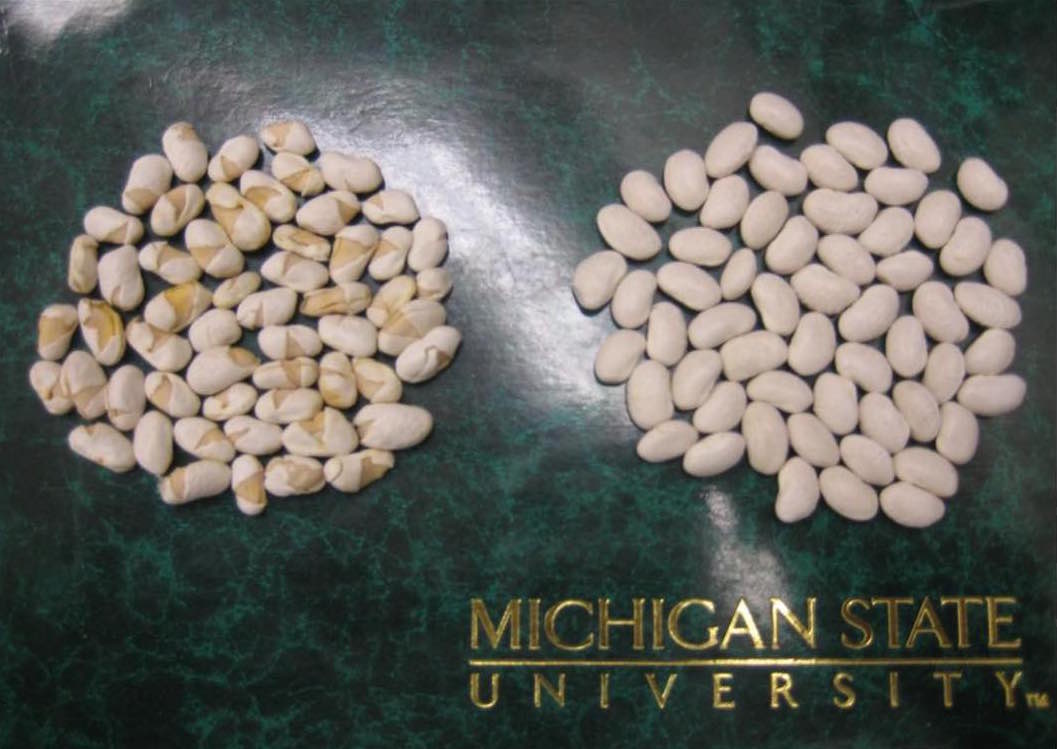