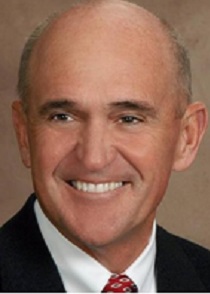 Dr. B. Dennis Banks is a native of Tennessee. After earning his B.S. degree at Middle Tennessee State and M.S. degree at University of Tennessee, Knoxville, he came to MSU in 1981 to pursue a PhD in breeding and genetics. While working on his PhD program, he was an instructor in the Institute of Ag Technology (Ag Tech), coached the Ag Tech Livestock Judging Team, and was an assistant coach for the General Livestock Judging Team. Upon completion of his PhD in 1986, he was appointed as an Assistant Professor in the Department of Animal Science. Dr. Banks was an exemplary teacher, professor, advisor and mentor for students. He taught breeding and genetics courses, co-taught the introductory animal science course, coordinated the Ag Tech Livestock Program, led the Academic Quadrathlon contest, administered the Livestock Industry Foundation Scholarship, coached judging teams, and served as an advisor for the Block and Bridle Club and the Alpha Gamma Rho Fraternity. Dr. Banks’ was instrumental in the development of the Michigan Bull Test Station and supervised data collection, record processing and sale if the bulls for several years. He was an invited speaker at the Michigan Shepherds Weekend, beef cattle meetings, and other events throughout the state. He enjoyed being involved in youth livestock programs. Dr. Banks served on the State 4-H Livestock Developmental Committee and the 4-H Mentors in Science Program. He was a speaker at the 4-H Vet Science and the 4-H Beef, Sheep, Swine workshops at Kettunen Center. He coordinated youth livestock shows and events and merged the 4-H and FFA livestock judging contests in 1991. He was a 4-H leader in Ingham County, where his daughters were 4-H members. Dr. Banks is a member of the American Society of Animal Science (ASAS) Gamma Sigma Delta, Sigma Xi, ARPAS and NACTA. In recognition of his service accomplishments, Dr. Banks was named Midwest ASAS Outstanding Teacher in 1996. He received the CANR Outstanding Teacher award in the Rural Resources Education Program, the Alpha Zeta Distinguished Faculty Service Award, the Honorary State Farmers Degree from the Michigan FFA, and the Michigan Cattlemen’s Association Distinguished Service Award.