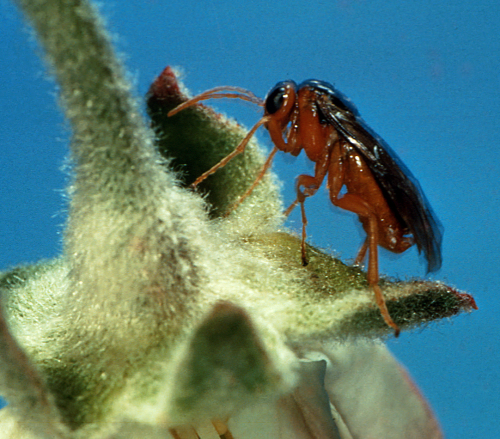 Adult looks similar to a small, orange-brown wasp with orange ventral side and legs. NY State Ag Experiment Station
A

The adult looks similar to a small, orange-brown wasp with the ventral side and legs orange in color (A). It has transparent wings with many veins. The egg, oval and translucent, is inserted into the receptacle of the flower. The larva is cream-colored with a black head (B) and seven pairs of prolegs, the last four of which are called "pseudopods".