How to determine if your corn field is at risk of Asiatic garden beetles in 2012. 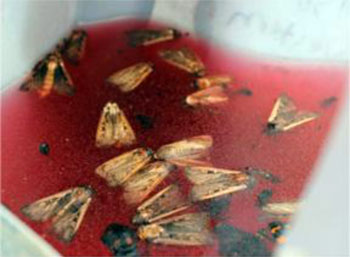 Bt corn varieties and seed treatments have changed how most producers view early season insect control. However, it is important not to overlook a relatively new pest to southwest Michigan, the Asiatic garden beetle. The larval stage of the pest, a white grub similar in appearance to Japanese beetle larvae, can pack a much more serious punch to rotated corn stands when compared to their more common cousins.

Detecting white grub populations has never been an easy task. Unless you happen to observe the beetles when they are laying eggs in a soybean or alfalfa field, there is not any reason to suspect that the field would have excessive numbers of white grubs the following spring. However, we do have a couple of tools to use to detect Asiatic garden beetle adults. One way to monitor for the number of adults in your area is to observe dead beetle carcasses around brightly lit canopies and ornamental plantings. Elevated numbers can lead to a greater chance of Asiatic garden beetle white grub feeding damage. 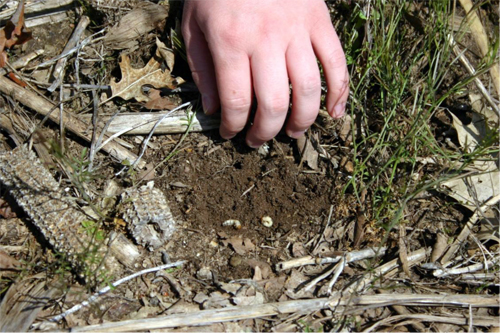 So, how can we detect white grubs in fields and estimate if their numbers are high enough to consider using a soil insecticide or higher level of seed treatment to protect the plants? First, we have not seen substantial damage from Asiatic garden beetle white grubs in corn following corn. We primarily have seen damage from grubs in fields that were rotated to corn from soybeans and alfalfa, so we can focus on rotated fields.

The next line of defense is to be on the lookout for white grubs turned up during primary or secondary tillage operations. Asiatic garden beetle white grubs may feed on the roots of winter annual weed species, especially on no-till fields that are loaded with chickweed, henbit and purple deadnettle. Treatment thresholds for most white grubs are one larva per square foot. Because Asiatic garden beetle larvae are so much more aggressive at feeding on corn roots, you might want to consider treatment if you are finding anywhere near that number in the soil.

There are no rescue treatments for white grub feeding, so your options are to detect the pest and use preventative insecticides or to replant if stands are reduced enough to cause significant yield loss. It is not uncommon to see stand losses of 50 percent or more in heavily infested portions of fields. While stand losses at this level only seem to be happening on a few fields each year, it is a serious problem if it occurs in your field. 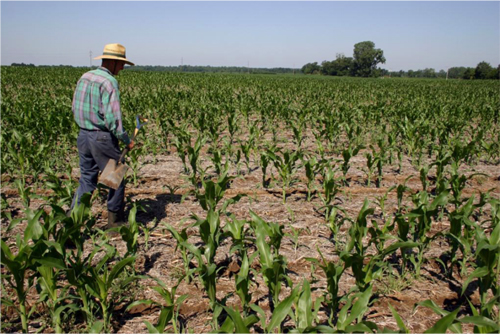