Can improving your soil quality decrease your risk during a drought?

I think the answer is yes!

It sure has been an interesting year when it comes to evaluating red clover stands that were frost-seeded into wheat. In the southwest part of Michigan where we haven’t received any rain for an extended period, most of our red clover is burning up. In other parts of the state where they have had rain, farmers are calling me to develop a management plan for outstanding clover stands.

At W.K. Kellogg Biological Station where most of my research is located, our frost-seeded red clover plots are burning up. However, in our organic wheat, the red clover remains green and has a pretty good stand. Obviously, if we do not receive any more rain it will die over time.

Seeing this difference in red clover survival made me contemplate why. So, our cover crop team came up with several possible hypotheses. 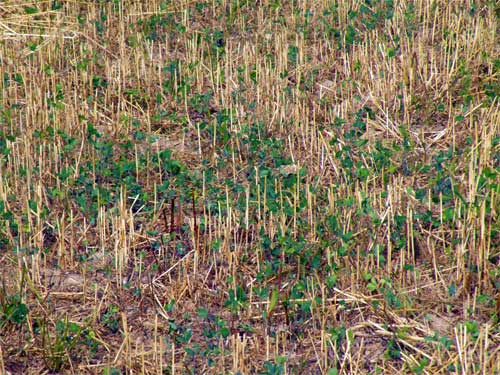 Frost-seeded red clover in the organic wheat treatment growing even
after an extended drought. 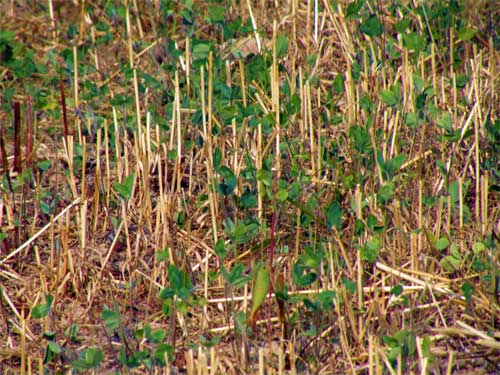 A close-up of red clover growing in the organic wheat stubble.

The conventional wheat yield was taller and higher yielding than the organic wheat: 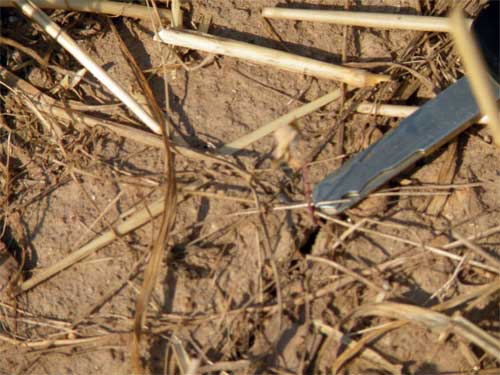 A dead red clover plant that was frost-seeded into a conventional wheat field. 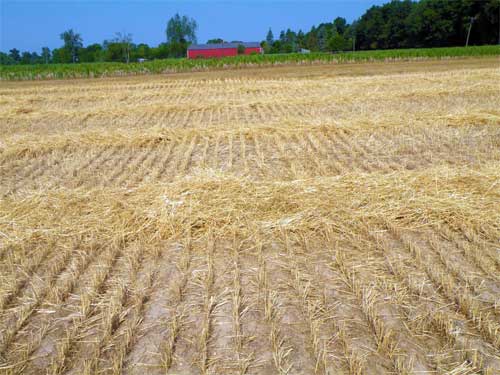 No frost-seeded red clover survived the drought in this conventional
wheat field.

The last hypothesis is that our organic sites have had a very strict, three-crop-rotation over the years; corn-soybean-wheat, and red clover has been frost-seeded whenever wheat was in the rotation. Our conventional fields have had mostly a corn/soybean rotation without red clover. Even though we inoculated the red clover and had a good stand prior to the drought, the soil quality of these sites is not as good as the organic sites where we have a more complete crop rotation.

So, what does this all mean? Frost-seeding red clover established best when we have adequate moisture. It can establish and grow even in high yielding wheat where Nitrogen has been applied. But without adequate moisture, the conventional system’s red clover is more susceptible to dying as compared to our organic soils.

To me, this has implications for the future. As our climate changes and we have unusual weather patterns, it becomes more important to improve our soil quality. By developing a three-year crop rotation with cover crops, you can enhance your soil quality. Enhancing your soil quality can ultimately decrease your risk from these environmental challenges.

Water up and irrigate in