China’s second great wall, a vast seawall covering more than half of the country’s mainland coastline, is a foundation for financial gain - and also a dyke holding a swelling rush of ecological woes.

A group of international sustainability scholars, including Jianguo “Jack” Liu, director of Michigan State University’s Center for Systems Integration and Sustainability, in a paper published today in Science magazine, outline the sweeping downsides of one of China’s efforts to fuel its booming economy, downsides that extend beyond China.

China’s coastal regions are only 13 percent of the country’s land area, but contribute 60 percent of its gross domestic product. With that come layers of incentives to turn lush wetlands into engines of development and industry. To create more land for development, China has constructed a new “Great Wall” -- a seawall covering more than 50 percent of the total length of coastline along mainland China.

Yet the scientists outline vast ecological costs that don’t appear instantly on balance sheets. They note that 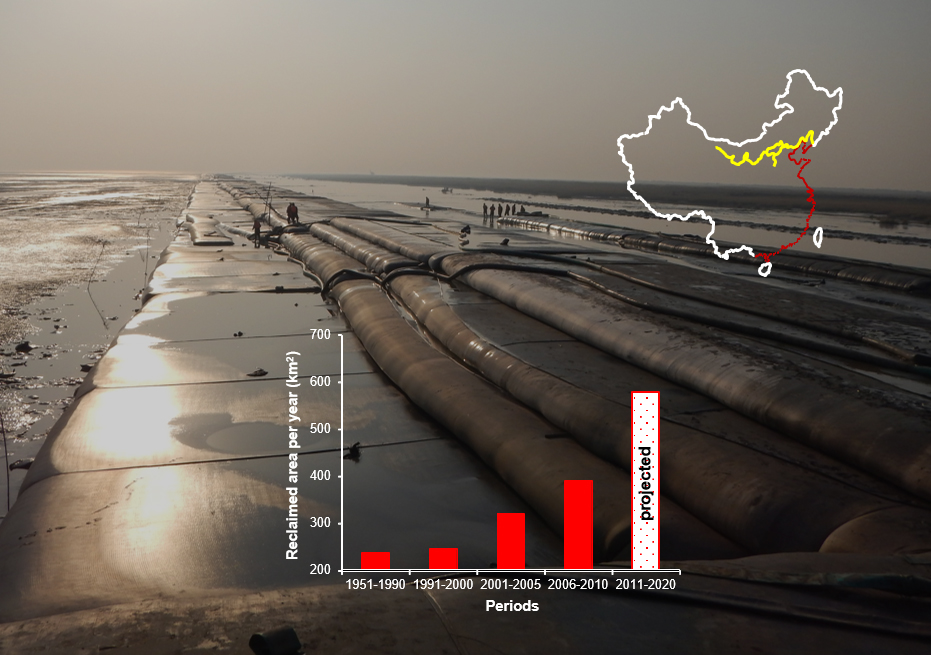 the wetland ecosystems support a daunting number of birds, millions of which rely on the coastlines as they migrate. The coastlines produce 28 million tons of fishery products, nearly 20 percent of the world’s total. Looking deeper reveals abundant biodiversity and a support system that also provides other invaluable but underappreciated services for people. For example, coastal wetlands absorb pollutants and carbon and protect people from extreme weather.

“These coastal areas are a perfect example of coupled human and natural systems. They are also a telling example of how telecoupled our world is,” said Liu, who holds the Rachel Carson Chair in Sustainability at MSU. “The decisions being made in China are having enormous consequences to people and ecosystem services in China and the rest of the world. We must bring ecosystem services to the business table for a sustainable future.”

The authors note that while there are laws aimed at protecting coastal wetlands, they lack teeth, and are inadequate in the face of the immediate profits.

Liu's work was funded by the National Science Foundation.