A few mines in the leaves may not look good, but leafminers rarely harm plants.

Spring leafminers attack many types of trees, shrub and flowers in the urban landscape, including birch, hawthorne, elm, boxwood and columbine. We call them leafminers because the larvae mine inside of intact leaves, leaving serpentine trails or bubbly blotches that later turn brown. Although the mines may look similar on different types of plants, the leafminers are very host specific, so that each plant genus has its own leafminer species. Birch, hawthorne and elm leafminers are Hymenoptera (bees and wasps), while columbine and boxwood leafminers are from two different families of the Diptera (flies).

All of the leafminers become active early in the spring, laying eggs soon after young leaves begin to grow. Usually, only a few leaves are mined, but sometimes nearly every leaf has a mine, and entire trees may appear yellow or brown. Fortunately, that rarely happens. Birch leafminers caused extensive problems some 10 to 20 years ago, but predators and parasites are now providing good biological control in Michigan and it is unusual to see more than a scattering of mines in a tree. We also have good natural enemies for nearly all of the other common spring leafminers.

A few mines in the leaves may not look good, but it rarely harms the plant. Sometimes columbine plants, boxwood shrubs or Camperdown elm trees are heavily mined, especially on the lower branches. It is too late to prevent leafminer damage this spring, but for next year if you want to protect a plant from leafminers there are two strategies: spray plants with an insecticide when the leaf buds open and again two weeks later, or use a basal soil drench of imidacloprid such as Tree and Shrub Insect Control or Xytect in the fall (September to November). 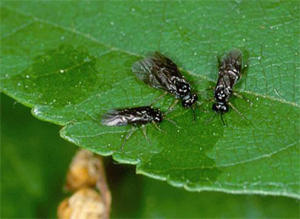 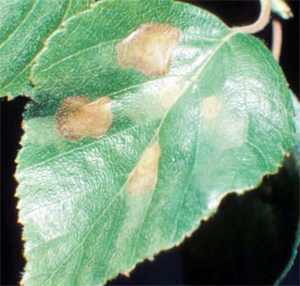 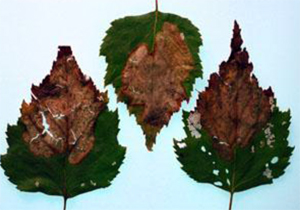 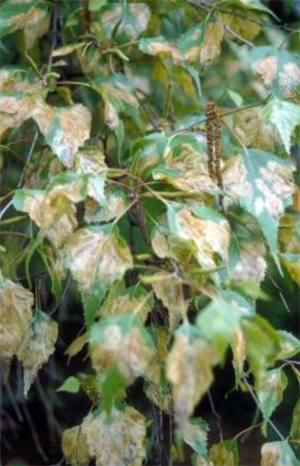 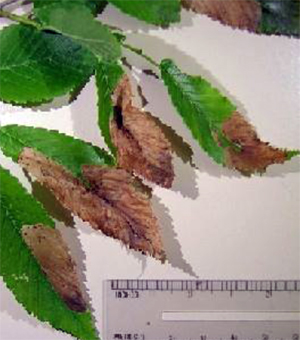 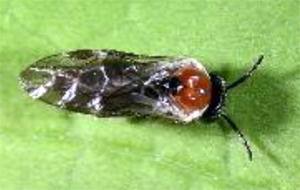 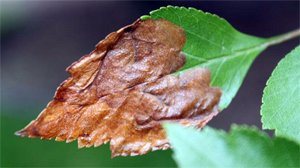 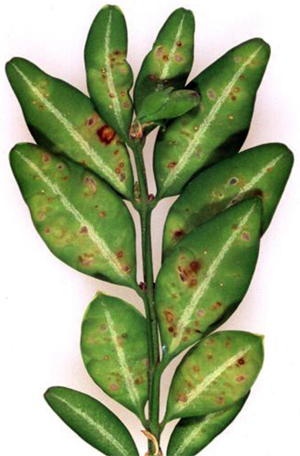 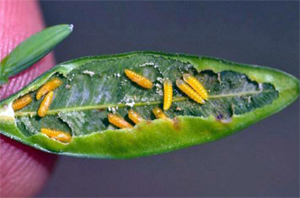 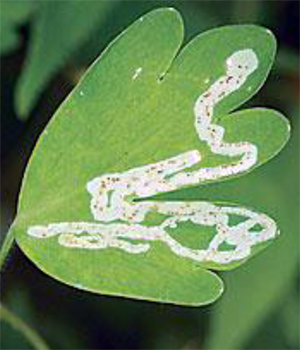 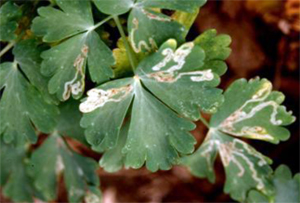 Going native can be a smart choice for Michigan landscapes