Trunk injection with emamectin benzoate is useful for diagnosing damage to trees caused by borers, bark beetles, ambrosia beetles and other insects difficult to see.

A new insecticide treatment for trees, emamectin benzoate (TREEäge), has been shown to provide two to three years of protection against emerald ash borer when trunk-injected. Emamectin benzoate is expected to be effective against a wide range of borers and bark beetles. Because it gives a very high level of control for more than one year, emamectin benzoate can be used as diagnostic tool for tree care professionals.

Borer problems can be difficult to diagnose. Branch dieback and canopy thinning, key symptoms of a borer infestation, can also be caused by drought stress, defoliation in the previous years and soil fill over the roots (Photos 1-3). The only way to confirm borers as the cause is to sample branches and scrape the bark to look for extensive tunneling. Branch sampling may require a bucket-truck if the upper branches are being attacked first, which is likely for many borers like two-lined chestnut borer, which prefers to attack 1- to 3-inch diameter branches first.

Trunk injection with emamectin benzoate is a useful tool for diagnosing chronic borer damage to trees, particularly when you are managing a large number of trees of the same type. If you suspect borer problems, try an emamectin benzoate trunk injection to three to four trees, leaving untreated (control) trees between them. If the trunk-injected trees begin to grow faster and appear much healthier than the control trees, then it is likely that your trees have a borer or bark beetle problem. Emamectin benzoate may also protect trees from a variety of foliage-feeding insects that may also affect tree health if the damage is extensive. But for diagnostic purposes, it is most useful for borers, bark beetles, ambrosia beetles and other insects that are difficult to see. 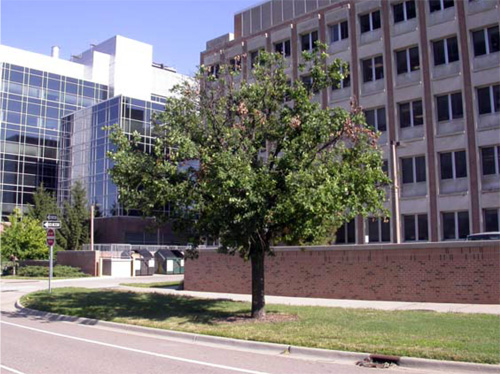 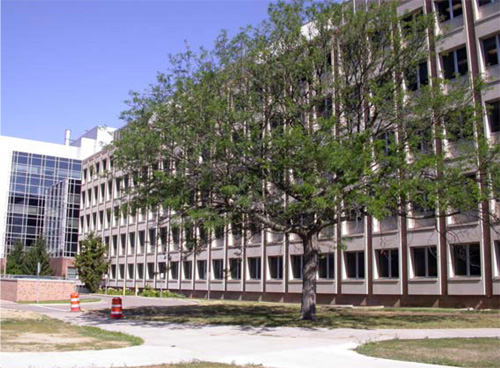 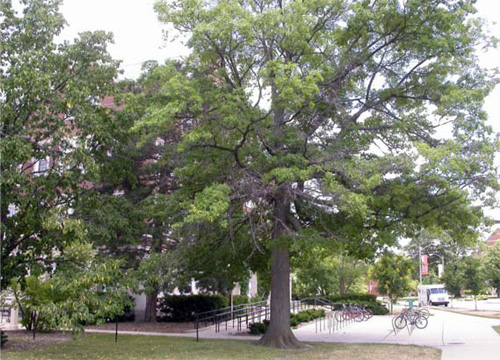